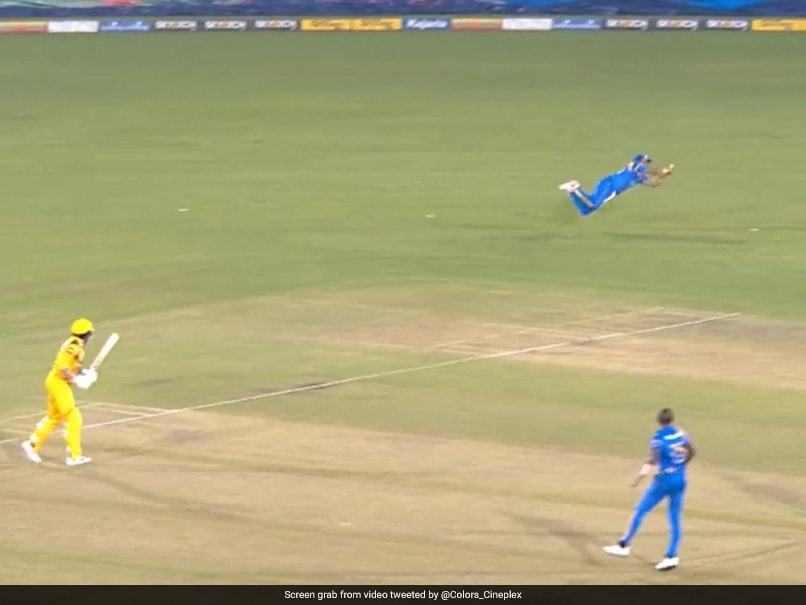 Former India all-rounder Suresh Raina was a destructive batter and very handy with the ball. But another aspect of his game that made him such a huge asset to whichever team he played for was his excellent fielding. Raina was always a gun fielder, athletic and quick. And even though he has retired from professional cricket, he has still not lost his electric abilities on the field. During a Road Safety World Series match between India Legends and Australia Legends, Raina took a spectacular catch that would make one wonder why he is still not playing.

Australia's Ben Dunk was in destructive mood with the bat, but in the 16th over, he tried to cut Abhimanyu Mithun. But Raina, at point, flung himself to his left and held on to a magnificent catch.

What a dive. What a catch @ImRaina you beauty

Raina's teammates too were stunned by his effort and even captain Sachin Tendulkar looked mighty impressed.

Raina had announced his retirement from cricket earlier this month.

He had retired from international cricket in 2020.

Australia Legends on Thursday were batting on 136/5 after 17 overs when rain interrupted the match.

The match will resume on Friday from where it left off.

The left-hander smashed 46 off 26 deliveries before Raina's blinder brought and end to his fireworks.