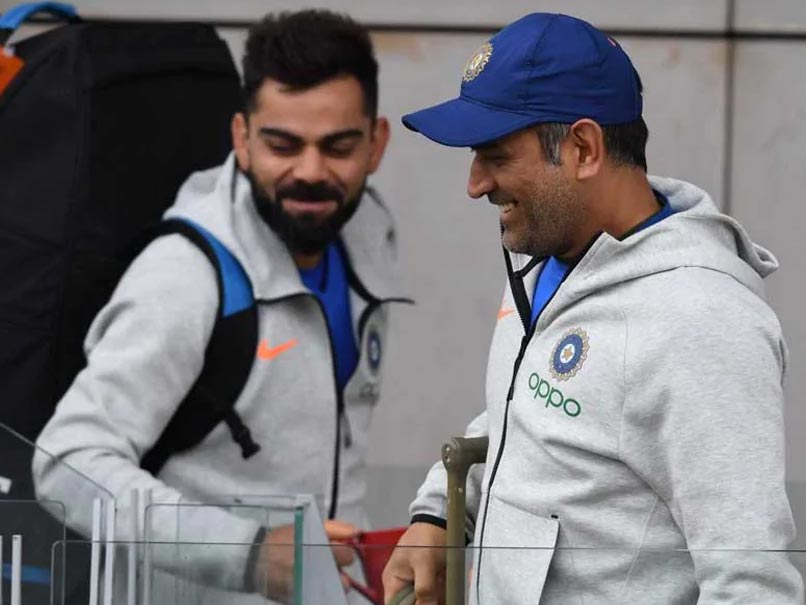 Virat Kohli and MS Dhoni photographed together while on international duty for India.© AFP

Virat Kohli is considered by many to be among the greatest cricketers in history, and Rashid Khan feels the same too! In a recent Q&A session on Instagram, the spinner was asked by a fan to use "one word" to describe Kohli. The Afghanistan cricketer called the Indian captain a "King". Kohli is currently with the Indian cricket team, who are currently in England for the World Test Championship (WTC) final against New Zealand. The WTC final will take place at Southampton, beginning from June 18.

He most recently participated in the Indian Premier League (IPL) 2021 season, which was postponed indefinitely midway through the campaign. He led RCB to third position in the points table, before the tournament was postponed. RCB registered five wins and two defeats.

After the WTC final, Kohli will captain India in a five-match Test series vs England.

Rashid was also asked to use "one word" to describe MS Dhoni. He replied, "One word is not enough for him".

Dhoni was also most recently with Chennai Super Kings (CSK) in IPL 2021, in second position. The main reason for postponing the tournament was the rise in COVID-19 cases in India, which also hit the tournament. CSK's Lakshmipathy Balaji and Michael Hussey tested positive for the dreaded virus too.

Dhoni is currently spending time with his wife and daughter in his farmhouse, as shown by their recent social media activity.

MS Dhoni IPL 2021 Cricket
Get the latest updates on ICC T20 Worldcup 2022 and CWG 2022 check out the Schedule, Live Score and Medals Tally. Like us on Facebook or follow us on Twitter for more sports updates. You can also download the NDTV Cricket app for Android or iOS.