Roger Federer may have faced a stern challenge from the likes of Rafael Nadal and Novak Djokovic, but his toughest opponent on court was finally unveiled in a hilarious video by Rajasthan Royals. 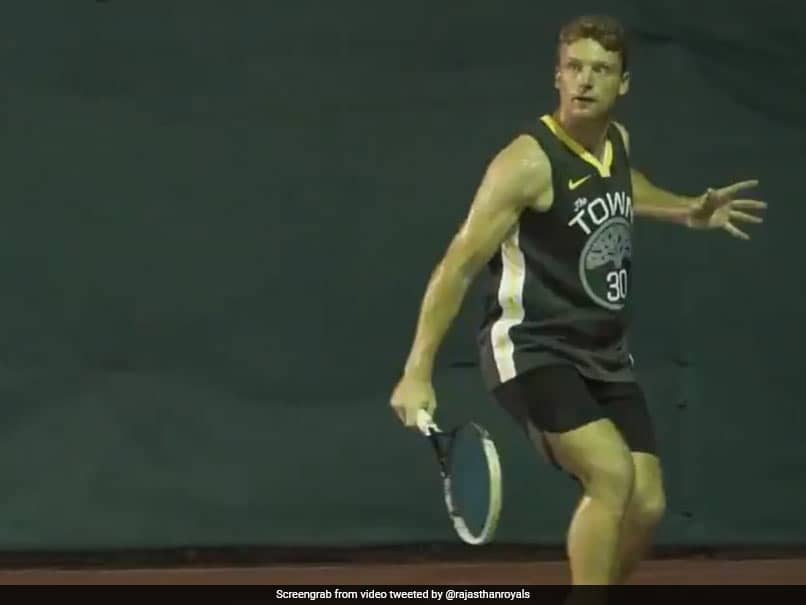 Jos Buttler dressed in a T-shirt and shorts, looked the part as he played a wide variety of shots.© Twitter

Legendary tennis star Roger Federer's toughest opponent on the court was finally unveiled in a hilarious video by Indian Premier League (IPL) franchise Rajasthan Royals. The franchise's official Twitter handle brought into the limelight the stern challenge posed by English cricketer Jos Buttler to Federer in an entertaining video. Buttler, dressed in a T-shirt and shorts, looked the part as he played a wide variety of shots with the legendary Swiss pushed hard. "When Roger Federer met his toughest opponent on the court. #HallaBol | @josbuttler| @rogerfederer," read the caption on the tweet comprising of the video.

The video started with Buttler completing a fine serve, which was edited with Federer responding with a strong return shot. What followed was a rally between the two greats of different sports, albeit with some deft editing by Buttler's IPL team. The video ended on a humorous note as Buttler ran in with a smile on his face, apparently having impressed in his short stint while playing tennis.

Buttler was most recently seen in action during the 13th edition of the Indian Premier League (IPL). The English cricketer represented the Rajasthan-based franchise in IPL 2020, which took place in the United Arab Emirates (UAE). Buttler returned 328 runs from 13 matches at 32.80 with a strike rate of 144.49.

RR failed to make it to the playoffs, bowing out of the tournament with an embarrassing loss against Kolkata Knight Riders (KKR).

Buttler has played 47 Tests, 145 One-day Internationals and 71 Twenty20 Internationals for England since making his international debut in 2011 in a T20I against India in Manchester.