Mohammed Shami donates money to the families of the CRPF personnel killed in Pulwama. 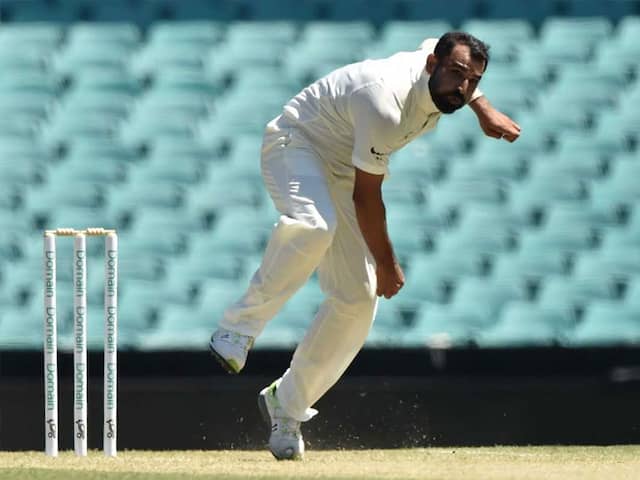 Mohammed Shami has featured in 40 Tests for India.© AFP

Mohammed Shami, the team India pacer, donated money to the families of the Central Reserve Police Force (CRPF) personnel killed in a ghastly terror attack in Jammu and Kashmir's Pulwama district on Thursday. The 28-year-old Shami said, when they represent the country the soldiers protect the borders. "When we play for our country they stand at the borders protecting it. We stand with the families of our jawans, we will always be there for them," Shami was quoted as saying by ANI.

On Thursday, team India opener Shikhar Dhawan said he will donate money to the families of the CRPF personnel. Dhawan took to Twitter and posted an emotional video where he urged his fans and all Indians to come forward and support the families of the martyred soldiers.

Earlier, Virender Sehwag offered to take care of education of the children of all the CRPF personnel killed in Pulwama.

The former Indian cricketer took to Twitter to express that it will be an honour for him to sponsor the education of the children of the soldiers killed.

There has been an outpouring of grief from all over the country and across the world ever since the news of the attack broke out.

Team India skipper Virat Kohli, Sachin Tendulkar, Hardik Pandya, Rohit Sharma, VVS Laxman, Suresh Raina and Mohammed Kaif took to Twitter to condemn the attack and to send their condolences to the families of the martyrs.

Sachin Tendulkar Hardik Pandya Cricket
Get the latest Cricket news, check out the India cricket schedule, Cricket live score . Like us on Facebook or follow us on Twitter for more sports updates. You can also download the NDTV Cricket app for Android or iOS.