Mohammed Shami got to the landmark in his 56th ODI while Irfan Pathan had done it in 59 matches. 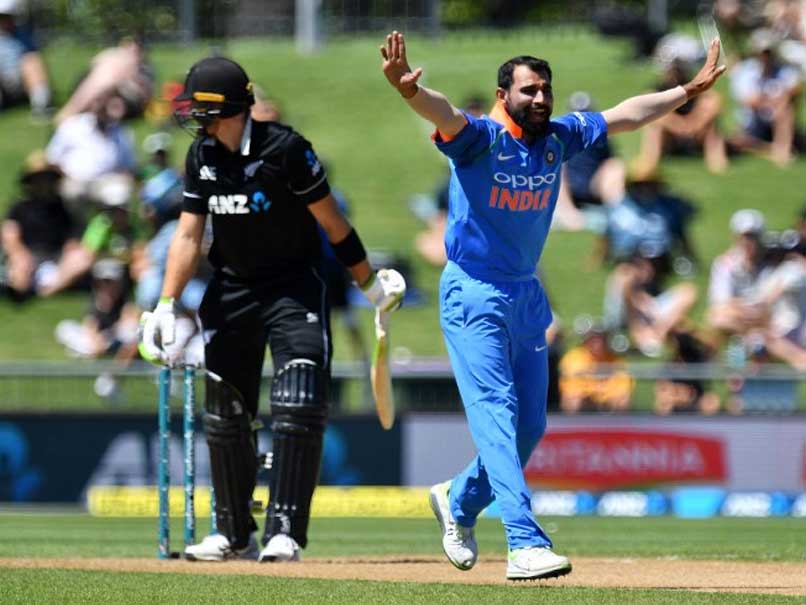 Mohammed Shami has been in terrific form for India.© AFP

Mohammed Shami on Wednesday became the fastest Indian bowler to take 100 wickets in One-day Internationals during the first match against New Zealand at McLean Park in Napier. Shami removed New Zealand opener Martin Guptill in his first over to overtake the record previously held by left-arm swing bowler Irfan Pathan. Shami got to the landmark in his 56th ODI while Pathan had done it in 59 matches. Zaheer Khan (65 ODIs), Ajit Agarkar (67) and Javagal Srinath (68 ODIs) complete the list of top five fastest bowlers from India to take 100 ODI wickets.

Shami has been in terrific form for India ever since he made a comeback in the One-day side in Australia earlier this month.

He was the fourth most successful bowler in Australia, bagging 5 wickets in 3 matches, after Bhuvneshwar Kumar (8), Jhy Richardson (6) and Yuzvendra Chahal (6).

As far as the match is concerned, New Zealand captain Kane Williamson won the toss and opted to bat.

Shami, after picking up the wicket of Gutpill, removed the other opener Colin Munro early to give India a perfect start in the five-match ODI series.

Mohammed Shami New Zealand vs India Cricket New Zealand vs India, 1st ODI
Get the latest updates on India vs South Africa and check out  Schedule, Results and Live Score. Like us on Facebook or follow us on Twitter for more sports updates. You can also download the NDTV Cricket app for Android or iOS.