Kevin Pietersen is playing for Quetta Gladiators in the Pakistan Super League. 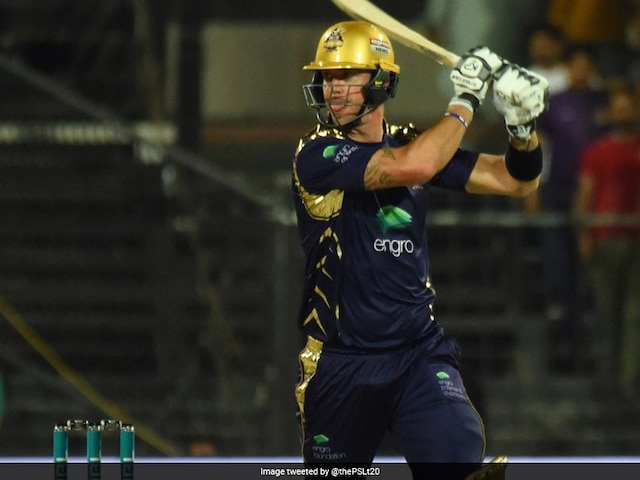 Former England captain Kevin Pietersen played a vital role to guide Quetta Gladiators to a six-wicket victory against Misbah-ul Haq-led Islamabad United in their Pakistan Super League T20 match on Wednesday. Pietersen scored a 34-ball 48 to hand his team second win of the season. Just after the win, Pietersen was asked at the post-match conference whether he will go to Pakistan if his team Gladiators qualifies. The former England cricketer didn't take much time and replied by saying no.

KP says no to going to Pakistan for the PSL if Quetta Gladiators qualify #PSL2018 pic.twitter.com/GsfuelJSOe

Put into bat, Islamabad United managed just 134 for 7 in their allotted 20 overs.

In reply, Quetta Gladiators chased down the target in 17.1 overs.

Quetta Gladiators have played three matches so far in the Pakistan's T20 league in UAE. They have won two and lost one match and are second in the points tally.

The Eliminator 1, Eliminator 2 are scheduled to be played at Gaddafi Stadium in Lahore, while the final will be hosted by Karachi's National Stadium.

Comments
Topics mentioned in this article
Pakistan Cricket Team England Cricket Team Kevin Pietersen Cricket
Get the latest Cricket news, check out the India cricket schedule, Cricket live score . Like us on Facebook or follow us on Twitter for more sports updates. You can also download the NDTV Cricket app for Android or iOS.