Kevin Pietersen said he now gets on "really well" with Andrew Strauss as he wished the wife of his fellow former England captain a full recovery from cancer. 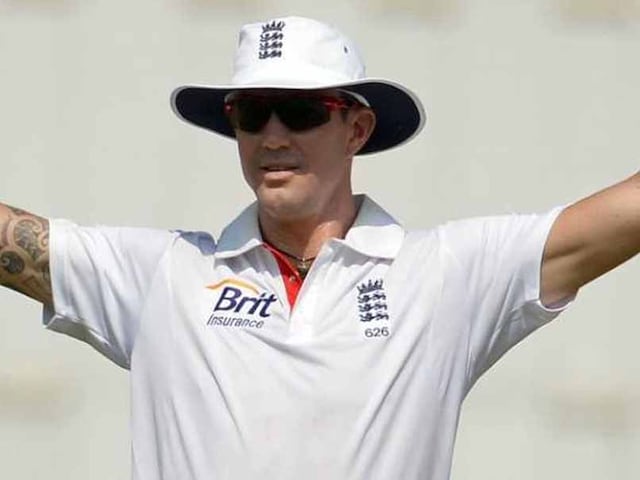 Kevin Pietersen said he now gets on "really well" with Andrew Strauss.© AFP

Kevin Pietersen said he now gets on "really well" with Andrew Strauss as he wished the wife of his fellow former England captain a full recovery from cancer. Strauss had a chequered relationship with star batsman Pietersen after taking over the England captaincy from him and as an administrator effectively ended Pietersen's international career in 2015. But Pietersen insisted all the "nonsense" between the two was a thing of the past after making a man-of-the-match 48 for the Quetta Gladiators as they beat Islamabad United in a Pakistan Super League match in Sharjah on Wednesday.

"I actually get on really well with Straussy and I've had some real good conversations with Straussy because he's going through some real personal hardships at the moment," Pietersen told reporters.

"And I'm being serious when I say that cricket is insignificant when Andrew Strauss is feeling what he's feeling, with his wife and cancer, so you put all the nonsense to one side."

It was announced in December that Strauss's wife, Ruth, had been diagnosed with cancer.

"I've actually spoken to him quite a few times in the last couple of months," said Pietersen.

"Cricket, and all the stuff that happened is gone, it's insignificant because families are a lot more important," said the 37 year-old Pietersen, who is winding down his illustrious career playing in the world's Twenty20 leagues.

"I'm good with Straussy. I just wish Ruth all the best and hopefully Ruth can pull through. She's a fighter."

Strauss, who succeeded Pietersen as England captain, saw his relationship with the talented run-getter nosedive in 2012.

South Africa-born Pietersen sent text messages reported to be critical of Strauss, then the England skipper and who was also born in South Africa, to Proteas players in the middle of a Test series.

Pietersen was then dropped from the Test side, with Strauss retiring from all cricket soon afterwards.

In his new role as the England and Wales Cricket Board's director of England cricket, a position he still holds, Strauss effectively ended Pietersen's international career three years later when he told him he was not part of his selection plans due to a complete breakdown of trust.

That announcement came shortly after Pietersen had made a career-best 335 not out for county side Surrey.

Pietersen was on course to become England's all-time leading record Test run-scorer, a record now held by Alastair Cook, before he was sent into the international wilderness in 2014 following the team's 5-0 Ashes thrashing in Australia.

Comments
Topics mentioned in this article
England Cricket Team Kevin Pietersen Andrew Strauss Cricket
Get the latest Cricket news, check out the India cricket schedule, Cricket live score . Like us on Facebook or follow us on Twitter for more sports updates. You can also download the NDTV Cricket app for Android or iOS.