Many former and current Pakistan cricketers took to social media to express their frustration at New Zealand's decision to pull out of the limited-overs tour. 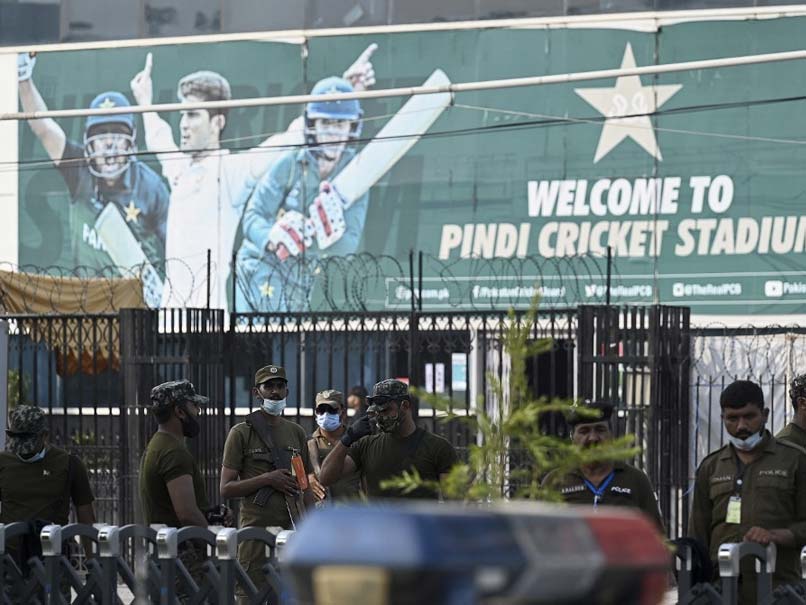 Pakistan vs New Zealand: The 3-match ODI series was scheduled to be played in Rawalpindi.© AFP

New Zealand called off their limited-overs series in Pakistan on Friday, citing a security threat. The decision to abandon the tour came as a massive blow to Pakistan, who have been trying to revive international tours in the country. New Zealand's decision to cancel the series came just minutes after the first match was due to start. Many, including Pakistan Cricket Board's new chief Ramiz Raja, slammed New Zealand for the abrupt cancellation, while others expressed their disappointment and came out in support of Pakistan cricket and their fans.

Many former and current Pakistan cricketers took to social media to express their frustration.

While former pacer Shoaib Akhtar claimed New Zealand "just killed Pakistan cricket", others such as Wasim Akram felt there was a lot more to New Zealand's decision than meets the eye.

Extremely disappointed in NZ choice to abandon the #PAKvNZ tour. Pakistan has proven that our security measures for international games is of the highest order, making Pakistan one of the safest places in the world to play cricket today. I feel we are not hearing the whole story

Crazy day it has been! Feel so sorry for the fans and our players. Walking out of the tour by taking a unilateral approach on a security threat is very frustrating. Especially when it's not shared!! Which world is NZ living in??NZ will hear us at ICC.

... if needed Pakistan will never backout, God forbid if such a situation surfaces just the way we didn't in the past!
In such times, all that matters is we help each other and play the game we love the most. #Cricket #AllForTheGame

hi new Zealand might b we as a Pakistani will forgive u because we are a loving nation but this act will bite u in future for sure.#PAKISTANZINDABAD

We were very exited,ready and looking forward to the PkVsNz matches.A real disappointment for all of us,the @TheRealPCB,support staff,players and I am sure the nation.Our government and officials have provided us with a very high level of security.Such a shame to witness this day

Quite disappointed by the scale of events happening in the world of cricket. Devastated for the fans, players and all stakeholders working towards bringing the game back to Pakistan. It's imperative we continue to work towards the momentum of having cricket in Pakistan

Wish I had words to describe my disappointment. We not only have the best security force in the world but many foreign teams have successfully & peacefully completed their cricket tours in Pakistan. Can feel for the cricket lovers in Pakistan & around the world. #PakistanZindabad

A wrong precedent has been set & it's not a good omen at all for fraternity.
Our security & intelligence agencies r capable to curb & assess any kind of threat .
In past few years, they successfully managed safety & security of international events.#PakistanZindabad

Shocking News !....I've been travelling around the globe playing this beautiful game of cricket and I have never seen any better security given to us then our very own security and agencies in Pakistan that gets given for our opponents. #PakistanZindabad @TheRealPCB #PakVsNZ

This is heartbreaking. Pakistanis love cricket so much, we have worked really hard to bring cricket back here. PSL & other teams visiting Pakistan is evidence of our hospitality & security arrangements. We will continue our efforts. #PakistanZindabad

Sad news for Cricket starved fans and all the sportsmen around the globe.
Pakistan team toured New Zealand when others refused to do so after Christchurch Incident by facing the most toughest quarantine. #PakvsNz #Cricket #PakistanZindabad

The first murmurs of trouble started when the toss didn't take place at its scheduled time. Numerous Pakistan and New Zealand journalists took to social media, saying that both teams were still in the hotel.

Soon enough New Zealand Cricket (NZC) dropped the bombshell via an official statement on its website.

"Following an escalation in the New Zealand Government threat levels for Pakistan, and advice from New Zealand Cricket security advisors on the ground, it has been decided the BLACKCAPS will not continue with the tour," NZC said in a statement.

Arrangements are being made for the team to leave the country, it added.

New Zealand Cricket chief executive David White said Pakistan had been "wonderful hosts", but "player safety is paramount and we believe this is the only responsible option".

Pakistan Cricket Board (PCB) responded with a statement of their own, saying New Zealand made the decision unilaterally.

"New Zealand Cricket informed us they had been alerted to some security alert and have unilaterally decided to postpone the series. Pakistan Cricket Board and Pakistan Government made foolproof security arrangements for all visiting teams," PCB said in a statement.

"We have assured the New Zealand Cricket of the same. The Pakistan Prime Minister spoke personally to the Prime Minister of New Zealand and informed her that we have one of the best intelligence systems in the world and that no security threat of any kind exists for the visiting team," the statement added.

New Zealand were in Pakistan for the first time since 2003 and were due to play three ODIs, followed by five T20Is.

Pakistan are due to host England for a two-match T20I next month, while the West Indies and Australia are also set to tour the country in the next six months.

Shadab Khan Haris Rauf Waqar Younis Saqlain Mushtaq Cricket
Get the latest updates on IPL Auction 2023 and check out  IPL 2023 and Live Cricket Score. Like us on Facebook or follow us on Twitter for more sports updates. You can also download the NDTV Cricket app for Android or iOS.