Pakistan are set to face Sri Lanka in a two-match Test series, starting July 16 in Galle. The second match is scheduled to start on July 24 in Colombo. 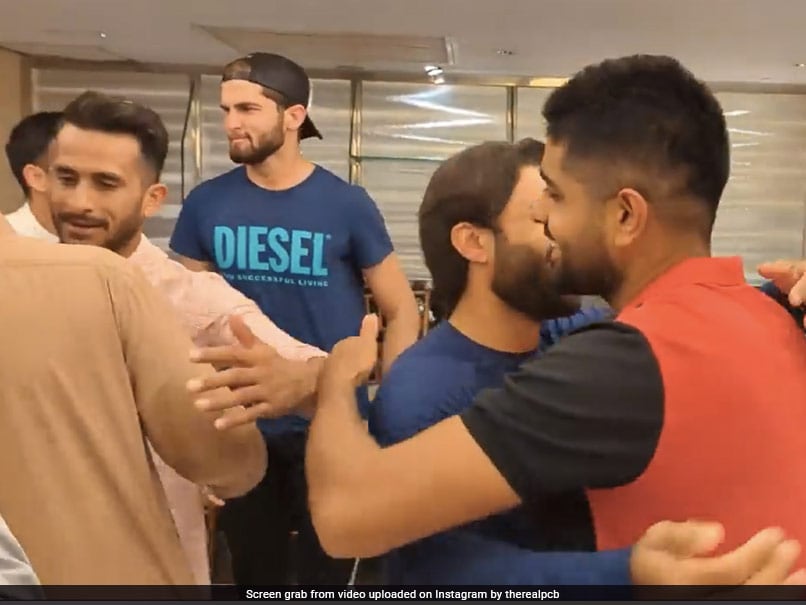 The Pakistan Cricket Board on Sunday shared a video of the national cricket team celebrating Eid Al-Adha, also known as Bakri Eid, in Colombo. In the video, the likes of Babar Azam, Hasan Ali, Mohammad Rizwan and Sarfaraz Ahmed could be seen hugging the teammates. The team celebrated the festival at the hotel they have been staying in Colombo. It is worth noting that the Pakistan team is currently in Sri Lanka for their upcoming two-match Test series against the island nation.

"Eid Mubarak from Colombo. The players offer Eid-ul-Azha prayers at the team hotel. #EidAlAdha," wrote PCB while sharing the video on Instagram.

Pakistan have announced an 18-member squad for the two-match Test series against Sri Lanka, starting July 16 in Galle. Leg-spinner Yasir Shah has made a return to the national side while uncapped all-rounder Salman Ali Agha, who had received his maiden national call-up for the tour of South Africa last year, has also been included in the team. Meanwhile, Mohammad Nawaz, who had withdrawn from the Test series against Australia in March this year due to injury, has also made it to the 18-member team.

Pakistan have travelled to Sri Lanka on the back of a 1-0 loss to Australia in a three-match Test series. Meanwhile, their latest white-ball series saw them whitewashing West Indies 3-0 in ODIs.

Hasan Ali Mohammad Nawaz
Get the latest updates on IPL Auction 2023 and check out  IPL 2023 and Live Cricket Score. Like us on Facebook or follow us on Twitter for more sports updates. You can also download the NDTV Cricket app for Android or iOS.