Already reeling from New Zealand's last-minute tour abandonment, Pakistan suffered another massive jolt on Monday as ECB pulled out both its men's and women's teams from the tour of the country. 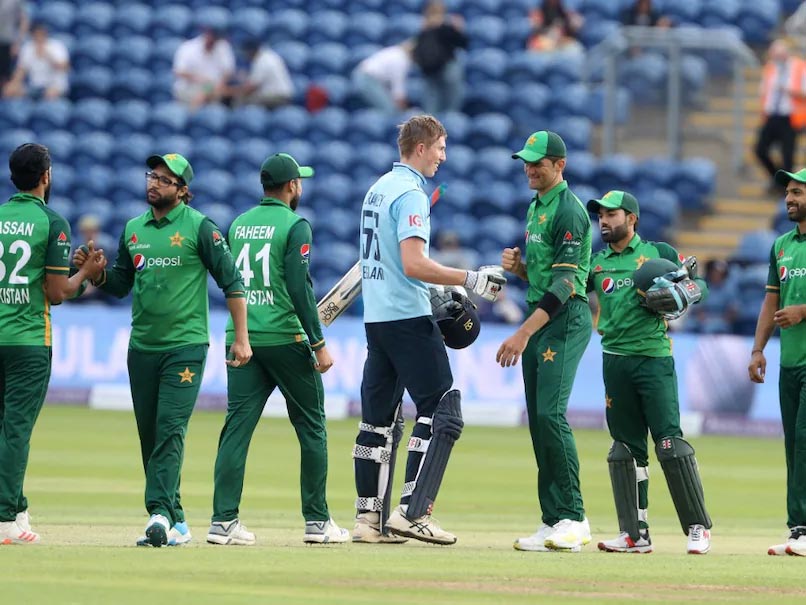 ECB said it's withdrawing both the men's and women's teams from the white-ball series in Pakistan.© AFP

Already reeling from New Zealand's last-minute tour abandonment, Pakistan cricket suffered another massive jolt on Monday as England and Wales Cricket Board (ECB) pulled out both its men's and women's teams from the tour of Pakistan. In recent times, Pakistan have been pulling out all the stops to get international teams back to the country to play bilateral series. And with the likes of Zimbabwe and Sri Lanka touring the country, it seemed things were starting to get back on track. But England and New Zealand withdrawing from their respective tours will be a body blow to the Pakistan Cricket Board.

While PCB's new chairman Ramiz Raza accused England of "failing a member of their Cricket fraternity when it needed it most", Pakistan cricketers and fans expressed their anger at the English board's decision on social media.

Disappointed with England, pulling out of their commitment & failing a member of their Cricket fraternity when it needed it most. Survive we will inshallah. A wake up call for Pak team to become the best team in the world for teams to line up to play them without making excuses.

It's time to win the World Cup,it's time to have Pakistan's biggest ever PSL season at home, its time to react!
ITS TIME TO ROAR.#PakistanZindabad

The way England and Newzealand have turned their backs on Pakistan will make Pakistan more strong. Our strength lies in being united and extending help wherever we can. Others may do, what suits them.

Extremely disappointed by @ECB_cricket weak decision of pulling out #PAKvENG tour,but having said that the path was led by NZ which brought us to this state.But I know Pakistan and Pakistan cricket will RISE again and again.Stay strong @TheRealPCB Pakistan Zindabad

We will be back stronger, inshAllah!

It's better to be a lion for a day than a sheep all your life.
Unfortunately we live in a world where terror threats haunt sports and entertainment in every single country. But I would much rather play cricket in a country that is prepared for anything than one that isn't.

is SAFE for England and New Zealand players and support staff while the PSL is on.

is NOT SAFE for New Zealand and England players to travel for International Tournaments.

Do not understand the logic. Something to think for PSL teams. #Pakistan #PAKvNZ #PAKvENG pic.twitter.com/RuNyBKwEK4

Royal couple can play cricket in Pakistan but not your team?#pakvsnz pic.twitter.com/oydt91jnds

Go to hell @BLACKCAPS and @ECB_cricket
We play our own game and it's National T20 be ready guys 23rd September #PAKvENG pic.twitter.com/CR1sd7v28P

On Monday, the ECB announced that it was withdrawing both the men's and women's teams from next month's white-ball series in Pakistan citing "increasing concerns about travelling to the region".

Rawalpindi was due to host men's and women's T20 double-headers on October 13 and 14 as England's men prepare for next month's T20 World Cup.

England women's team were then due to play one-day internationals (ODIs) on October 17, 19 and 21, also in Rawalpindi.

"The ECB (England and Wales Cricket Board) board convened this weekend to discuss these extra England women's and men's games in Pakistan and we can confirm that the board has reluctantly decided to withdraw both teams from the October trip," the ECB said in a statement.

"The mental and physical well-being of our players and support staff remains our highest priority and this is even more critical given the times we are currently living in.

"We know there are increasing concerns about travelling to the region and believe that going ahead will add further pressure to a playing group who have already coped with a long period of operating in restricted Covid environments."