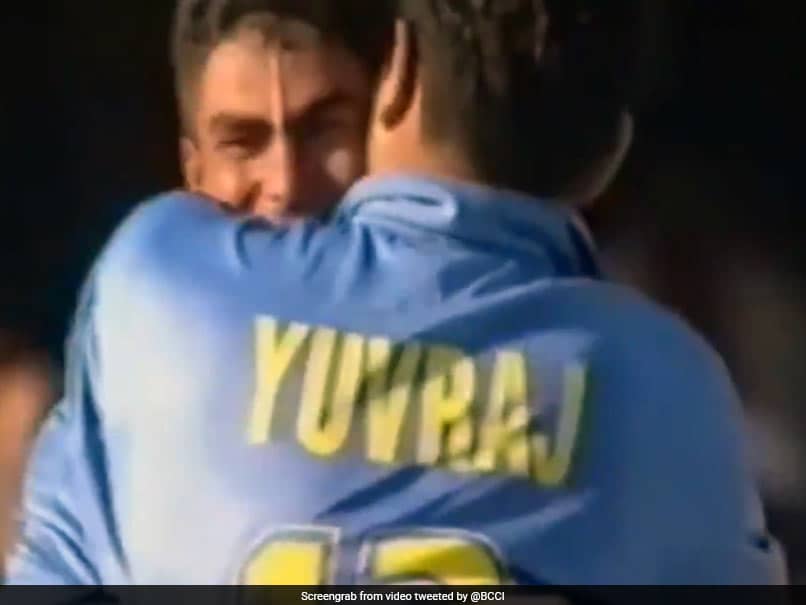 Yuvraj Singh was one of the heroes for India in the 2002 NatWest Trophy final.© Twitter

On the 18-year anniversary if India's historic win over England in the 2002 NatWest Trophy final, former India batsman Yuvraj Singh took to Twitter to remember the match. However, he didn't forget to sign off without sending a friendly reminder to then England captain Nasser Hussain about the occasion. "#Throwback to Natwest 2002 Final. Jaan laga di thi sab ne mil ke! We were young and we wanted to win. It was a wonderful team effort that helped us beat England and clinch the trophy in this nail-biting game," Yuvraj wrote, before tagging Hussain and adding "just incase you forgot."

#Throwback to Natwest 2002 Final. Jaan laga di thi sab ne mil ke! We were young and we wanted to win. It was a wonderful team effort that helped us beat England and clinch the trophy in this nail-biting game @nassercricket just incase you forgot pic.twitter.com/7LXBVWSHzp

The former England skipper responded to Yuvraj Singh, writing "Some lovely photos mate .. thanks for sharing," with a wink emoji.

Some lovely photos mate .. thanks for sharing

Nasser Hussain scored a century in the match, helping England post a daunting total of 325 at Lord's.

After Sourav Ganguly and Virender Sehwag gave India a rampant start, the visitors lost wickets in a cluster as they slumped to 146-5.

With all their well-known batsmen back in the dugout and a young pair of Yuvraj Singh and Mohammad Kaif at the crease, it looked like England's game, but the two put on an epic 121-run stand that steered India to an unlikely victory.

As the winning runs were scored, one of the most iconic scenes in cricket history followed, as Sourav Ganguly took off his jersey and waved it over his head in celebration on the Lord's balcony.

Kaif, who was adjudged Man of the Match in the game, also tweeted about the occasion.

Harbhajan Singh also tweeted about the game, while the Board of Control for Cricket in India shared a video of the match.