India's incredible win over England in the NatWest Trophy 2002 final is one of the lasting chapters of cricketing folklore. 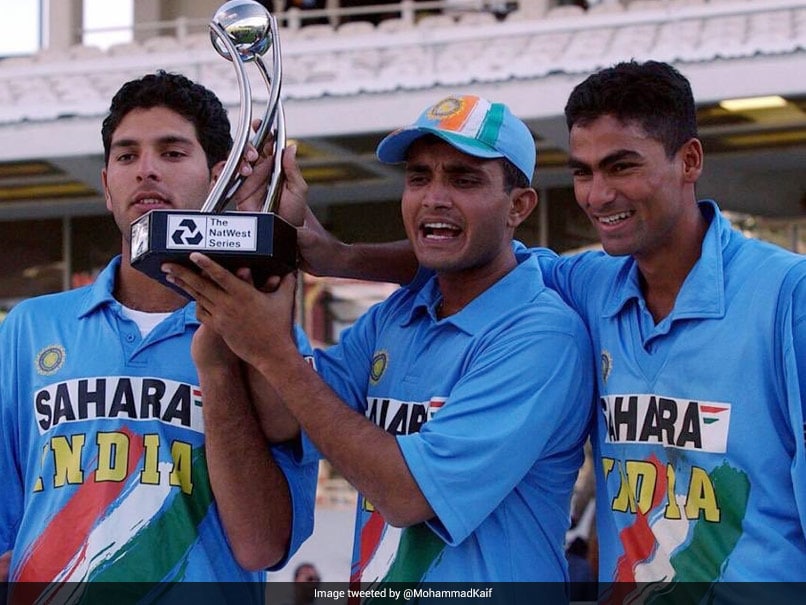 Mohammad Kaif was adjuged player of the match for his brilliant innings of 87 from 75 balls.© Twitter

Former India batsman Mohammad Kaif took to Twitter to share a throwback picture from India's famous win against England in the NatWest Trophy final back in 2002. In his tweet, Mohammad Kaif wrote, "July 13, 2002: The day we climbed Mt Everest at Lord's...Dada shirtless, Yuvi nerveless, Zak's support priceless, Me fearless...memories endless". Mohammad Kaif was the star of India's chase in the match against England as he scored an unbeaten 87 from 75 balls and helped India register an emphatic victory.

Indian off-spinner Harbhajan Singh also took to Twitter to share memories from the famous victory and wrote, "What a win this was". During the chase, Harbhajan Singh scored 15 runs which proved to be vital for India in the chase. However, he could not be there to end the match with Mohammad Kaif as Andrew Flintoff cleaned him up.

What a win this was pic.twitter.com/dyhTNe5Upr

BCCI's official Twitter handle also shared a video from the final moments of the historic victory and wrote, "#OnThisDay in 2002.. #TeamIndia scripted history by winning the Natwest Trophy Final at Lord's".

After Yuvraj's dismissal, it looked difficult for the Indians to cross the 325-run mark as Mohammad Kaif was running out of partners. Mohammad Kaif held his nerve and got support from the Indian bowlers who chipped in with valuable contributions. Zaheer Khan was on strike in the final over of the match and hit the winning runs for India.