VVS Laxman shared a photo of Yuvraj Singh as part of his initiative of paying tribute to his teammates who influenced him immensely. 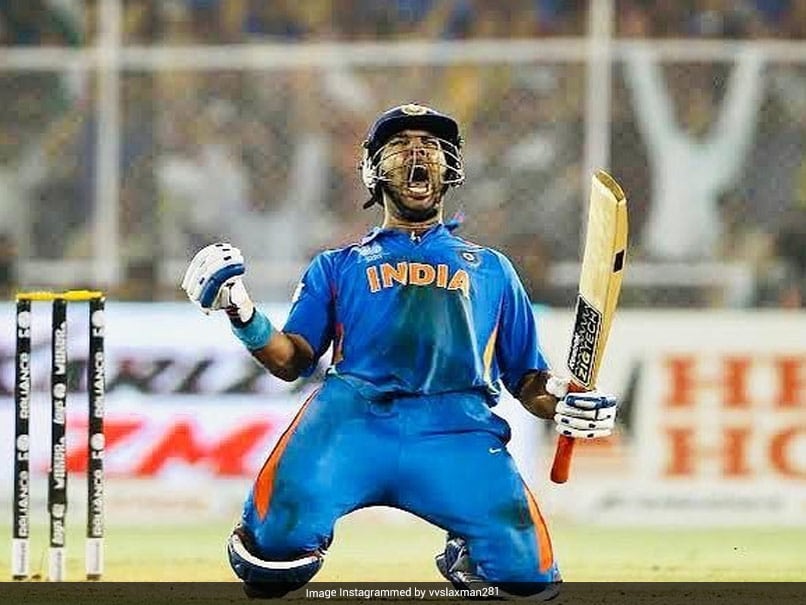 Yuvraj Singh was named the Player of the Tournament in the 2011 World Cup.© Instagram

Former India batsman VVS Laxman on Sunday paid tribute to Yuvraj Singh, saying that the swashbuckling batter carried the 2011 World Cup-winning team on his shoulders. Laxman shared a photo of Yuvraj as part of his initiative of paying tribute to his teammates who influenced him immensely. "An inspiration to many through his successful conquest of cancer, it''s scarcely believable that @YUVSTRONG12 carried the team on his shoulders at the 2011 World Cup when gravely unwell. That he registered his highest ODI score after his recovery is a tribute to his unwavering spirit," Laxman tweeted.

The Chandigarh-born Yuvraj captured the imagination of world cricket with his gravity-defying fielding abilities and effortless power-hitting.

A career that spanned over 304 ODIs, 58 T20Is, and 40 Tests, Yuvraj imprinted his place in the echelons of cricket as a player who could pretty much win matches for his side either through his electric fielding, deceiving bowling or fierce batting.

Big events brought out the best in him -- be it his international cricket entry at 2000 ICC Champions Trophy, the mind-numbing batting exhibition at the inaugural 2007 World Twenty20 or the all-round performance at 2011 World Cup.

Yuvi is renowned for hitting six sixes in an over of Stuart Broad in the ICC T20 World Cup 2007 and he was awarded the Player of the Tournament in India''s 2011 50-over World Cup triumph.

The 2011 World Cup was memorable for Yuvraj as he was named the Player of the Tournament. In the World Cup, Yuvraj scored 362 runs and took 15 wickets.

After the tournament, Yuvraj was diagnosed with cancer and it was revealed that the left-handed batsman played the tournament with immense pain.

After his return to international cricket, Yuvraj managed to register his highest ODI score as he played a knock of 150 against England in 2017.

He had announced his retirement from international cricket last year.