Harbhajan Singh Agrees With Sachin Tendulkar On DRS, Wants Umpire's Call To Be Done Away With

Harbhajan Singh echoed Sachin Tendulkar's sentiment that if ball-tracking shows the ball to be hitting the stumps at all, it should be given out. 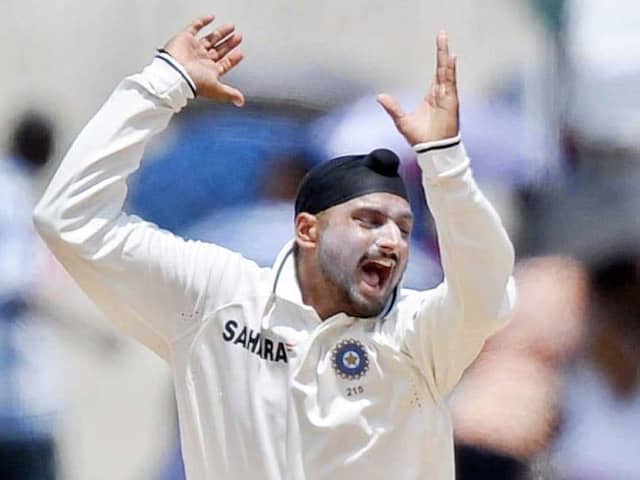 Harbhajan Singh said that a few rules in cricket need to be changed.© AFP

Harbhajan Singh has echoed Sachin Tendulkar's sentiment to urge the International Cricket Council (ICC) to do away with "umpire's call" whenever a team opts for a review regarding a leg-before wicket (LBW) decision. The spinner also added that few rules need to be changed in order to make the game better. "Agree with you Paji 1000 percent correct. If the ball is touching the stump or kissing the Stumps it should be given out. It does not matter how much part of the ball hit the wicket..few rules should b changed in the game for the betterment of the game..this is certainly 1 of those," Harbhajan tweeted.

Earlier, Tendulkar had said that the batsman should be given out if the ball is hitting the stumps.

"What per cent of the ball hits the stumps doesn't matter, if DRS shows us that the ball is hitting the stumps, it should be given out, regardless of the on-field call," Tendulkar had tweeted.

Along with this tweet, Tendulkar also shared a video, in which he has a discussion with Brian Lara regarding the working of DRS.

"One thing I don't agree with, with the ICC, is the DRS they have been using for quite some time. It is the LBW decision where more than 50 per cent of the ball must be hitting the stumps for the on-field decision to be overturned," Tendulkar said in the video.

"The only reason they (the batsman or the bowler) have gone upstairs is that they are unhappy with the on-field decision, so when the decision goes to the third umpire, let the technology take over, just like in tennis, it's either in or out, there's nothing in between," he added.

This call for doing away with umpire's call has been recommended by many former players.

Whenever a verdict pops up as "umpire's call", the decision of the on-field umpire is not changed, but the teams do not lose their review either.

ICC recently introduced some changes to the game of cricket, and they gave all teams liberty of an extra review as non-neutral umpires will be employed in Test matches due to the coronavirus pandemic.

As a result, all teams will now have three reviews in every innings of a Test match.