Watch: Comedy Of Errors From Bangladesh Team Leads To 7 Runs Off One Ball In 2nd Test vs New Zealand

The incident took place on the final ball of the first over after lunch on Day 1 of the ongoing second Test match between New Zealand and Bangladesh. 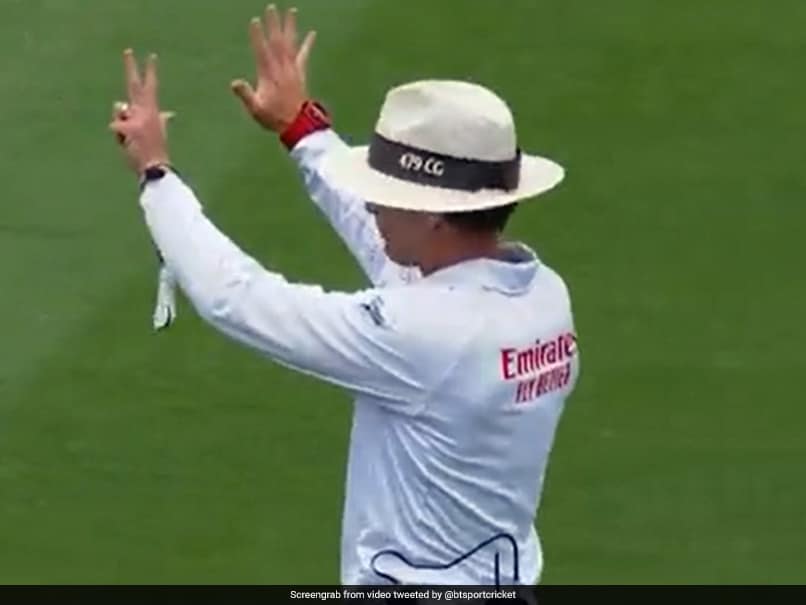 Watch: Comedy of errors from Bangladesh leads to 7 runs for NZ batter Will Young.© Twitter

It was all happening at the Hagley Oval in Christchurch as New Zealand batter Will Young was initially gifted a lifeline and then rewarded with an overthrow as he scored 7 runs off one delivery during the ongoing second Test match against Bangladesh. The incident took place on the final ball of the first over after lunch on Day 1. The hosts had got off to flying start as skipper Tom Latham and Young added 92 runs in the morning session.

Young got a healthy edge off Ebadot Hossain's delivery. While the ball was going straight at first slip, the fielder at second slip dived full-length to his left and tried to grab it but ended up dropping the catch.

Nurul Hasan, after receiving the ball from the man at fine leg, threw the ball towards the non-strikers end, and it went past a couple of fielders, resulting in a boundary.

Meanwhile, across the Tasman Sea...

Chaos in the field for Bangladesh as Will Young scores a seven (yes, you read that correctly!) #NZvBAN | BT Sport 3 HD pic.twitter.com/fvrD1xmNDd

Bangladesh, who lead the two-match series 1-0, had elected to bowl first in Christchurch.

Latham and Young added 148 runs for the first wicket before the latter was dismissed on 54 by Shoriful Islam.

The skipper, however, went on to smash an unbeaten hundred as the Kiwis were 202 for one at tea.

At the time of writing this, Latham was batting on 156 while Devon Conway is also unbeaten on 54.

Bangladesh, ranked ninth in the Test cricket, had pulled off an upset after they defeated the reigning World Test Champions, New Zealand, in the first Test by 8 wickets.

Hagley Oval, Christchurch New Zealand vs Bangladesh, 2nd Test Cricket
Get the latest updates on ICC T20 Worldcup 2022 and CWG 2022 check out the Schedule, Live Score and Medals Tally. Like us on Facebook or follow us on Twitter for more sports updates. You can also download the NDTV Cricket app for Android or iOS.