Gregory Mahlokwana became an Internet sensation after he delivered quality bowling with both arms during the Mzansi Super League. 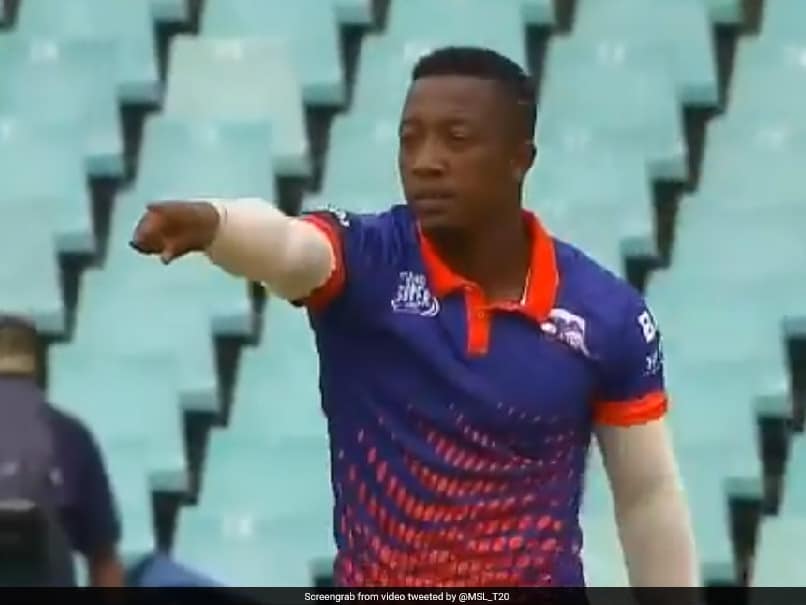 Cricket has evolved leaps and bounds since its inception. While there are many factors which have led to these changes over a period, the arrival of T20 cricket certainly has played a major role in the evolution of the game, including the bowling and batting styles. The batsmen now try shots which no one even dared to imagine before, while bowlers execute skills which are hard to believe. One such skill is ambidextrous bowling. For the uninitiated, an ambidextrous bowler can bowl efficiently with both his arms. South Africa's Gregory Mahlokwana recently took the Twitter by storm as his video of bowling with both arms in a Mzansi Super League match went viral online. What made his videos popular among the fans was the fact that Mahlokwana, playing for Cape Town Blitz, not only bowled with different hands but also picked up wickets while doing this.

Mahlokwana first dismissed opener Sarel Erwee while bowling with the right arm in the eighth over of the inning.

Will the ambidextrous Mahlokwana be able to take a left handed and a right handed wicket today?#MSLT20 pic.twitter.com/rkw29YIb3g

In his next over, Mahlokwana bowled with his left arm and uprooted the stumps of the opposition skipper Dane Vilas.

That's Mahlokwana's second of the day. His first wicket was bowled Right handed and now he gets a wicket with the quicker left arm.#MSLT20 pic.twitter.com/Gey4JPypq1

Apart from Mahlokwana, Dale Steyn also picked up two wickets. In fact, Steyn was their most economical bowler as he gave away just 23 runs in his four-over quota.

Pakistan's Wahab Riaz and local player Sisanda Magala also contributed with the ball as they picked up one wicket apiece.

Cape Town led by Quinton de Kock won the match by 10 runs as his bowlers successfully defended the 175-run target they had set for the opposition.

Wahab Riaz
Get the latest updates on ICC Women's Cricket World Cup 2022 and IPL 2022, check out the Schedule , Live Score and IPL Points Table. Like us on Facebook or follow us on Twitter for more sports updates. You can also download the NDTV Cricket app for Android or iOS.