Sourav Ganguly believes India captain Virat Kohli and the selectors are "important persons" and should take a call on MS Dhoni's future. 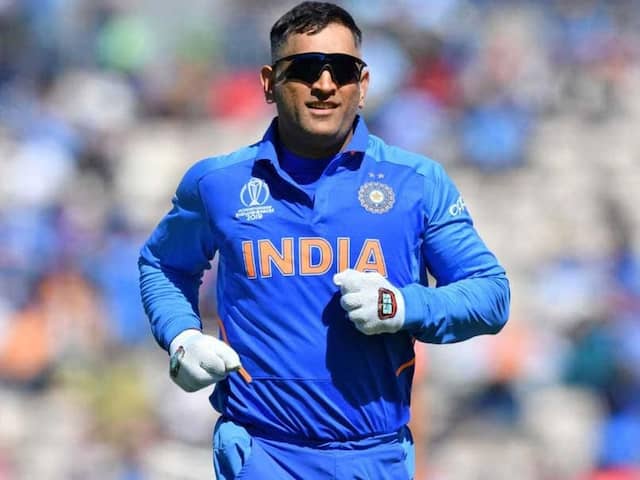 MS Dhoni last made an appearance for the Indian team in the World Cup 2019 semi-finals.© AFP

MS Dhoni has hardly uttered a word about his future with the Indian cricket team, leaving the cricket fraternity and fans in a state of confusion. Many ex-cricketers think MS Dhoni should decide on his future himself. But former India captain Sourav Ganguly feels Virat Kohli and the selectors should take a call on MS Dhoni's future. "I don't know what the selectors think, what Virat thinks. They are the important persons, let them make the decision," Sourav Ganguly said.

India's home season began with the first T20I against South Africa being washed out. The second match of the T20I series is scheduled to take place on September 18 in Mohali.

Ganguly believes India are the favourites to win the T20I and Test series against South Africa.

"India are favourites. India at home is a dangerous team. They are very hard to beat and that's been the case for years," Ganguly said.

Ganguly is currently the Cricket Association of Bengal (CAB) president, besides being associated with IPL franchise Delhi Capitals as the team advisor.

"Let one coach finish, then we will think about the other coach," said the 47-year old with a smile on his face.

"In any case I am already a coach. I look after the Delhi Capitals in the IPL. In my first season last year, they did well. They went to the semifinals from being last for last seven years so it's been good," he added.

MS Dhoni India vs South Africa, 2019 Cricket
Get the latest Cricket news, check out the India cricket schedule, Cricket live score . Like us on Facebook or follow us on Twitter for more sports updates. You can also download the NDTV Cricket app for Android or iOS.