Mohammad Amir was delighted after picking his first wicket for Gloucester and he proceeded to celebrate the wicket with a dance move popularised by Allu Arjun from the 'Srivalli' song in the movie 'Pushpa: The Rise' 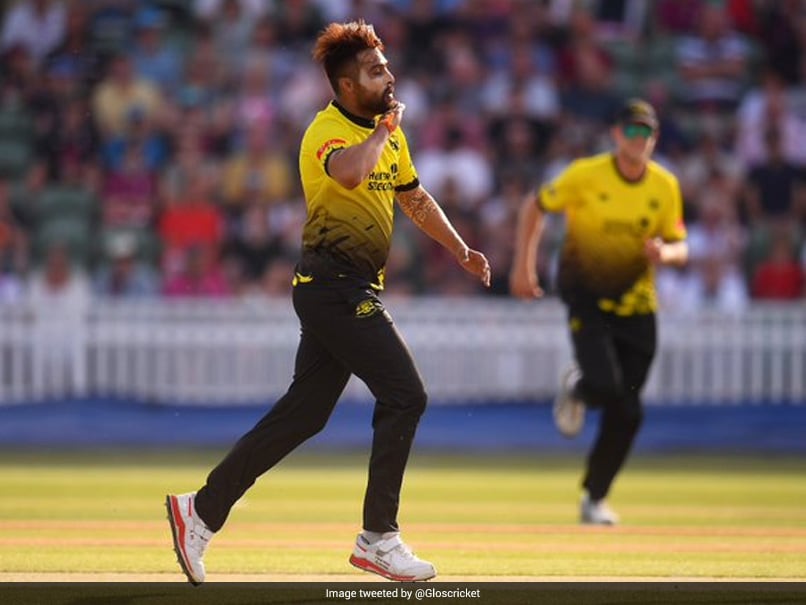 Mohammad Amir brought out the 'Pushpa' celebration after taking his first wicket.© Twitter

Less than a day after joining Gloucestershire's squad as replacement for Pakistan pacer Naseem Shah, veteran fast bowler Mohammad Amir hit the ground running in the ongoing T20 Blast. Amir, who replaced the injured Naseem in the squad on Friday, made his debut for Gloucestershire later in the day against Somerset in Taunton. The former Pakistan pacer was on target twice in the match, dismissing Will Smeed and Ben Green. On the third ball of Somerset's innings, Amir bowled a full-length delivery to Smeed, who tried to play a booming cover drive.

However, he ended up getting a thick edge, which flew straight to Benny Howell, who was stationed at first slip.

Amir was delighted after picking his first wicket for Gloucester and he proceeded to celebrate the wicket with a dance move popularised by Allu Arjun from the 'Srivalli' song in the movie 'Pushpa: The Rise'.

The video was shared by Gloucestershire on their official Twitter handle.

Amir ended the match with figures of two for 25, including one maiden over.

Unfortunately for Amir, his team ended up on the losing side as Somerset won the game by seven runs.

Fifties from Rilee Rossouw (54) and Lewis Gregory (60) had propelled Somerset to a strong total of 184 for six.

In reply, Gloucestershire were restricted to a total of 177 for eight, despite Ryan Higgins and Benny Howell's knocks of 43 and 42 respectively.

Amir will be in action later on Saturday as Gloucestershire take on Glamorgan in Canterbury.

Mohammad Amir Cricket
Get the latest updates on Fifa Worldcup 2022 and check out  Fifa World Cup Schedule, Stats and Live Cricket Score. Like us on Facebook or follow us on Twitter for more sports updates. You can also download the NDTV Cricket app for Android or iOS.