Pakistan vs Sri Lanka: An upset Pakistan coach Misbah-ul-Haq snapped at a journalist and gave him a sarcastic reply after he was asked the reason for the team's poor performance. 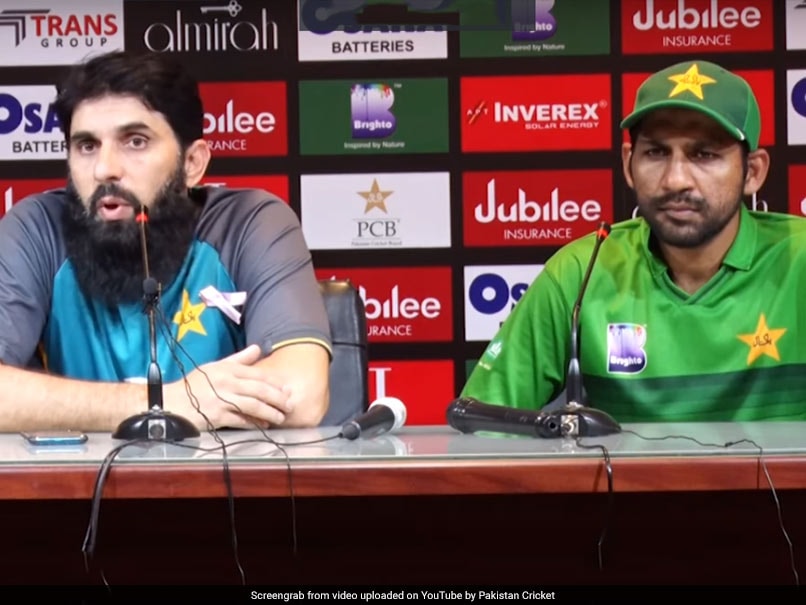 Pakistan's tag of being the World No. 1 team in T20 International format of the game was dealt a huge blow as a young Sri Lankan team completely outplayed them in thejust-concluded Twenty20 International (T20I) series. Pakistan were not expected to do so badly, especially when Sri Lanka were without several of their star players. After the series loss, Pakistan head coach and chief selector Misbah-ul-Haq and skipper Sarfaraz Ahmed had to answer some serious questions. In the post-match press conference, when a journalist asked Misbah the reason for the team's poor performance, he snapped and sarcastically replied that "the only change that has happened is me".

"The only change that has happened is me and it seems that I have done something wrong. I have made the right-handers bat left-handed and asked the right-arm bowlers to bowl with their left hand. This is the only reason I can think of right now, otherwise why would it happen," Misbah said in a YouTube video, uploaded by Pakistan Cricket .

The journalists also asked Misbah about the poor performance of leg-spinner Shadab Khan to which Misbah pointed out the lack of back-up wrist-spinners in their domestic circuit. He even challenged journalists to name one wrist-spinner who is performing at the domestic level and is not being picked in the Pakistan team.

Misbah who took charge of the Pakistani team just a while ago said these were the same players who are playing for last three-odd years and it was an eye-opener for all and that there were several questions to answer.

Sarfaraz Ahmed reiterated his coach's opinion and said that they became the No. 1 side with the same set of players and that there was no pressure from the team management as the players had been given a free hand to play their natural game.

He took responsibility of team's poor show and defended the coach saying that the team management was doing hard work off the field but the players had failed to execute their skills.

Sri Lanka Cricket Team Gaddafi Stadium, Lahore Cricket
Get the latest updates on IND vs NZ 2021, check out the Schedule and Live Score . Like us on Facebook or follow us on Twitter for more sports updates. You can also download the NDTV Cricket app for Android or iOS.