Set a target of 188, visitors Worcestershire won with nearly seven overs to spare, with Joe Clarke making an unbeaten 61 off 33 balls. 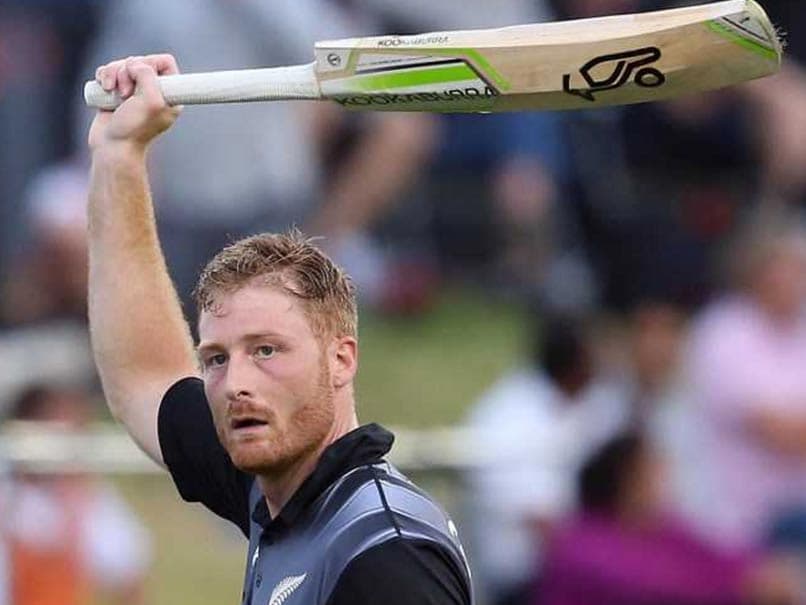 New Zealand's Martin Guptillstruck 102 from just 38 balls as Worcestershire thrashed Northamptonshire by nine wickets in English county cricket's Twenty20 Blast on Friday. Set a target of 188, visitors Worcestershire won with nearly seven overs to spare, with Joe Clarke making an unbeaten 61 off 33 balls. Clarke and Guptill put on 162 in 10 overs. It did not take long for the experienced Guptill, who hit 12 fours and seven sixes, to get into his stride.

He got going in a Richard Gleeson over that cost 22 runs, a flick over midwicket for six, two hits down the ground for four and a flick wide of short-fine leg.

South Africa's Rory Kleinveldt replaced Gleeson and he too gave up an over costing 22 as Guptill went to fifty in 20 balls.

Guptill swept left-arm spinner Graeme White to deep-backward square leg, only for Seekkuge Prasanna to step over the boundary before a second slog-sweep cleared deep midwicket.

Later, he drove Prasanna over long-on for six and wide of long-off for four as Guptill went to 90 before Kyle Coetzer was straight driven for four and flicked over midwicket for six to bring up the batsman's century.

But trying to lift Gleeson over mid-on, he was well caught by Josh Cobb but by then the game was almost won.

Martin Guptill Cricket
Get the latest updates on IPL 2021, check out the IPL 2021 Schedule and Indian Premier League Live Score . Like us on Facebook or follow us on Twitter for more sports updates. You can also download the NDTV Cricket app for Android or iOS.