Chris Lynn took PSL 2020 by storm with a swashbuckling century that helped Lahore Qalandars reach the semi-finals of the tournament. 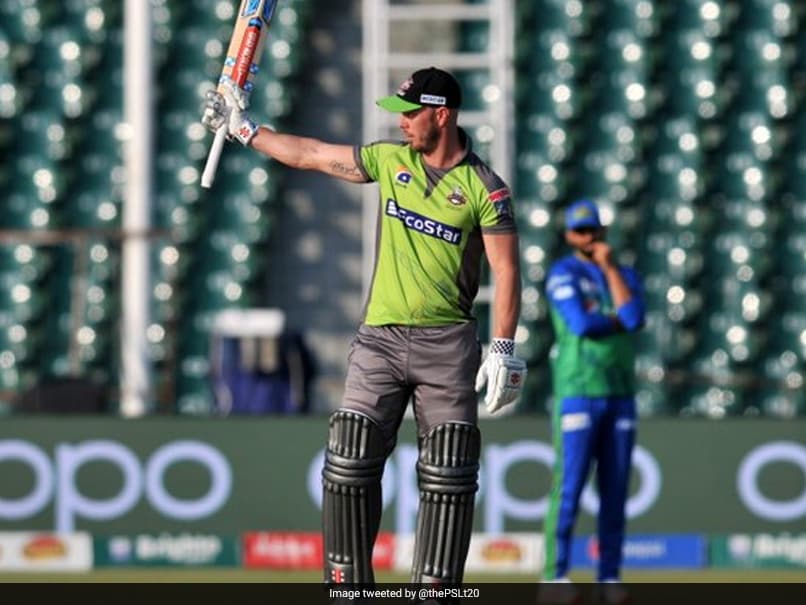 With cricket all but in lockdown due to the coronavirus pandemic, the Pakistan Super League T20 tournament is one of the few events still taking place -- albeit behind closed doors. The PSL 2020 is almost at an end with just the two semi-final matches followed by the final remaining for the tournament to conclude. With the crunch time set to begin for some teams, Sunday witnessed Lahore Qalandars' Chris Lynn send out a stern warning to the other three semi-finalists. The Australian star smashed a whirlwind 113 runs off just 55 balls, including 12 fours and eight sixes, to take his team to the last four.

Chris Lynn's swashbuckling unbeaten knock helped the Lahore Qalandars beat the Multan Sultans by nine wickets as they chased down the 188-run target with a ball to spare.

Those fans who missed out on the 'Lynsannity' taking over PSL 2020, needn't worry. The Pakistan Super League's Twitter handle posted a highlight reel of Lynn's barnstorming knock on their official page.

Chris Lynn and his fantastic innings today against the Multan Sultans. What a powerful innings and that too at a stage where it was needed the most.

The win helped Lahore Qalandars march into the semi-finals -- the first time they have done so in PSL history.

Lahore Qalandars captain, Sohail Akhtar won the toss and elected to field at the Gaddafi Stadium in Lahore. The decision paid instant dividends as Moeen Ali and Zeeshan Ashraf were dismissed cheaply to leave Multan Sultans reeling at 4/2 in 1.3 overs.

That, though, was last few moments of joy for Multan Sultans in the game as Lynn and Fakhar Zaman stamped their authority in the chase from the very outset.

Multan Sultans still remain in contention for the title and will take on Peshawar Zalmi in the first semi-final on Tuesday. Lynn's Lahore Qalandars will face Karachi Kings in the second semi-final later in the day.

The final will be played a day later, on Wednesday.