Speaking at the 'Namaste Trump' event at the Motera Stadium in Ahmedabad, the US President Donald Trump had mispronounced Sachin Tendulkar's name. 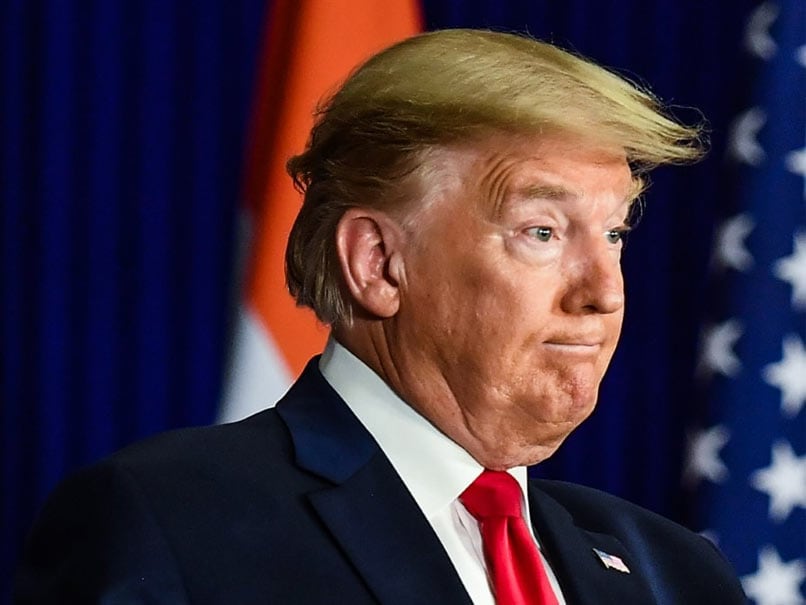 US President Donald Trump's mispronunciation of Indian cricket legend Sachin Tendulkar's name went viral on social media and a number of fans and those from the cricketing community have given some hilarious reactions to it. The latest to join the party is former England captain Michael Vaughan who wondered how Trump would pronounce the name of Pakistan opener Fakhar Zaman whenever he visits the country.

"Can't wait for @realDonaldTrump to visit Pakistan & see how he pronounces Fakhar Zaman ..!!!" tweeted Vaughan on Tuesday and earlier in the day he had tweeted "How are you today Sue Chin @sachin_rt !!!! #DonaldTrumpIndiaVisit".

Can't wait for @realDonaldTrump to visit Pakistan & see how he pronounces Fakhar Zaman ..!!!

How are you today Sue Chin @sachin_rt !!!! # #DonaldTrumpIndiaVisit

Speaking at the 'Namaste Trump' event at the Motera Stadium in Ahmedabad on Monday, the US President had said: "This is the country, where your people cheer on some of the world's greatest cricket players from Sachin Tendulkar to Virat Kohli."

Even the International Cricket Council (ICC) trolled the US President. On its official Twitter handle, the ICC posted a video "changing" Sachin's name to "Soochin Tendulkar" on their website, captioning the tongue-in-cheek post "Sach- Such- Satch- Sutch- Sooch- Anyone know?"

In the 15-second video clip, the ICC is seen changing Tendulkar's name in the personal information section to Soo-chin and then saving the changes.

Sachin Tendulkar
Get the latest updates on IPL 2021, check out the IPL 2021 Schedule and Indian Premier League Live Score . Like us on Facebook or follow us on Twitter for more sports updates. You can also download the NDTV Cricket app for Android or iOS.