US President Donald Trump gave a special mention to cricket greats Sachin Tendulkar and Virat Kohli during a visit to Ahmedabad on Monday. 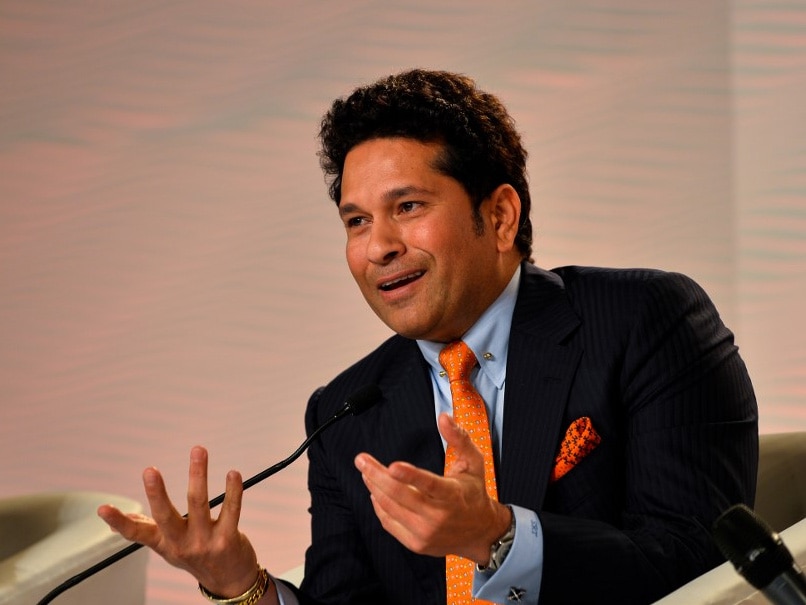 US President Donald Trump sent social media into a frenzy on Monday for mispronouncing cricket legend Sachin Tendulkar's name at the 'Namaste Trump' event at the Motera Stadium in Ahmedabad. During his speech, Trump praised Bollywood before moving on to cricket, mentioning the names of Sachin Tendulkar and Virat Kohli -- much to the delight of the thousands present at the world's biggest cricket stadium. And while the crowd greeted Trump's ode to India's cricket greats with huge cheers, the reaction on social media was one of amusement as the US President incorrectly pronounced the name of India great Sachin Tendulkar.

FFS, @piersmorgan, pls ask your mate to do some research in pronouncing legends names?! https://t.co/eUGuCNReaM

Even cricket's governing body, the International Cricket Council, jokingly asked on its Twitter account whether anyone knew if "Sooch-", "Sutch-", or other variations of Tendulkar's first name were correct.

Iceland Cricket's Twitter handle, known for its savagery on the social media platform, also couldn't hold themselves back from taking a pot shot at Trump.

Fair play to Trump. Soo Chin Ten Dool Ka and Vee Raat Ko Li are the most popular Chinese dishes in India. It was nice of him to learn the exact Cantonese. pic.twitter.com/5NFanNXfkp

Why hate someone for the pronunciation of names they've never heard before when there are so, so, so many better reasons to hate them?

"This is the country where your people cheer on the biggest cricketers, from Sachin Tendulkar to Virat Kohli, the greatest in the world," said Trump at the event.

As soon as Trump mentioned the names of the two biggest cricketers to come out from India, the entire Motera Stadium erupted in joy and a loud cheer, even bringing a smile to the lips of Prime Minister Narendra Modi.

The US President arrived in Ahmedabad on Monday with his wife Melania and a ministerial delegation that also included his daughter Ivanka and son-in-law Jared Kushner.