Sachin Tendulkar had scored 200 against South Africa at Gwalior on February 24, 2010. 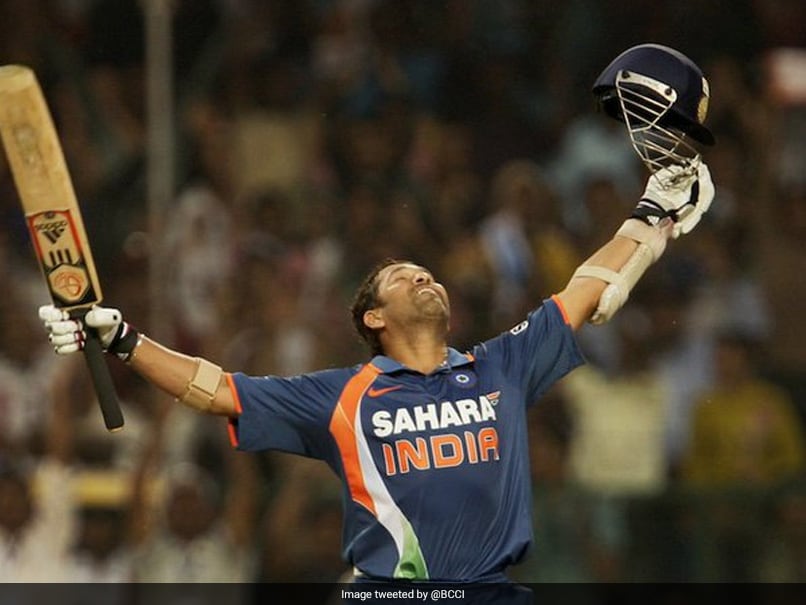 Sachin Tendulkar celebrates after scoring 200 against South Africa in 2010.© Twitter

A decade ago, on this very day, Sachin Tendulkar made history when he became the first man in the history of cricket to score a double-century in a One-day International (ODI). Playing against South Africa in Gwalior on February 24, 2010, Sachin Tendulkar put on a batting masterclass against a bowling lineup consisting of the likes of Dale Steyn, Wayne Parnell and Jacques Kallis as he smashed 200 off 147 balls, becoming the first men's cricketer to score an ODI double-century.

At 36 years of age, Tendulkar showed no signs of ageing as he thrashed a strong South Africa bowling attack all around the park. In an innings decorated with 25 boundaries and three sixes, Tendulkar reached the magical 200-run mark on the third delivery of the final over of India's innings.

#OnThisDay in 2010, @sachin_rt created history by becoming the 1st batsman to score a 200 in ODIs.

"The first man on the planet to reach 200 and it's the superman from India -- Sachin Tendulkar 200 from 147. Take a bow master," then-commentator Ravi Shastri had said as Tendulkar took a single to get to the landmark.

He eclipsed the previous highest individual score of 194 - a record held jointly at the time by Zimbabwe's Charles Coventry and Pakistan's Saeed Anwar - in the 46th over before eventually becoming the first ODI double-centurion in men's cricket.

The feat was, however, achieved before by Australia's Belinda Clarke, who scored 229 not out against Denmark Women on December 16, 1997.

There have been seven ODI double-centuries since Tendulkar's masterful knock, with Virender Sehwag scoring one and Rohit Sharma scoring a grand total of three double-centuries.

West Indies' Chris Gayle, New Zealand's Martin Guptill and Pakistan's Fakhar Zaman are the others to have achieved this incredible feat.