Australia vs Pakistan: David Warner has amassed 489 runs in his last two Test innings which is four more than what Imam-ul-Haq has managed in his "entire Test career". 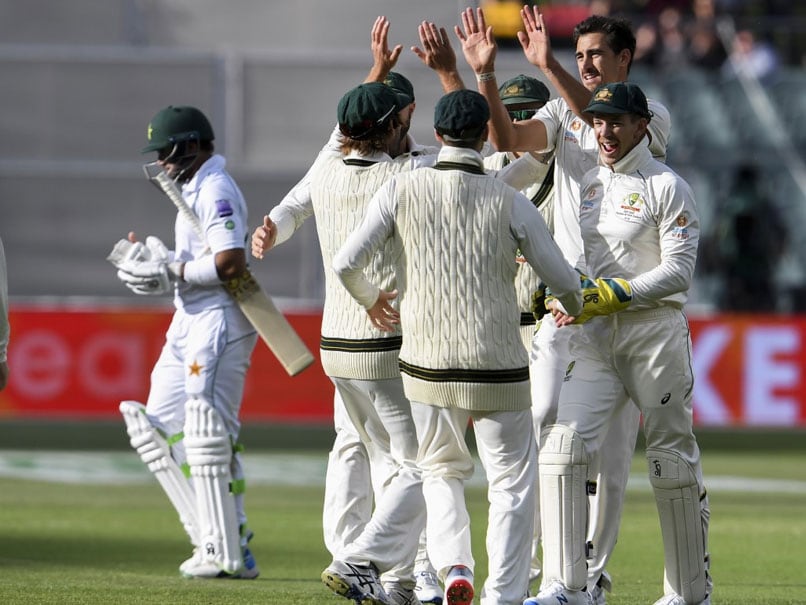 Australia vs Pakistan: Imam-ul-Haq scored 2 and 0 in the first and second innings respectively.© AFP

Imam-ul-Haq failed to perform after being included in Pakistan's playing XI for the ongoing second Test against Australia at The Adelaide Oval. Replacing Haris Sohail in the side, Imam failed to repay the faith shown in him by the team management and only managed scores of 2 and 0 in first and second innings respectively. Imam's sorry performance with the bat inspired Iceland Cricket's latest tweet trolling the left-handed batsman for his consistent flop shows in Test cricket. Iceland Cricket took note of the fact that Australian opener David Warner has amassed 489 runs in his last two Test innings which is four more than what Imam has managed in his "entire Test career". The Pakistan opener has 485 runs to his name in his brief Test career, comprising 21 innings in 11 Test matches.

David Warner has scored more runs in his last two innings than Imam-ul-Haq has scored in his entire test career. #AUSvPAK

Talking about the match, Pakistan showed great resilience to improve upon their dismal performance on the second day of the day-night Test.

Resuming their innings on their overnight score of 96/6, Babar Azam and leg-spinner Yasir Shah stitched a 105-run partnership for the seventh wicket.

Azam fell three runs short of his 3rd Test century as he nicked one straight to wicket-keeper Tim Paine off the bowling of Mitchell Starc.

However, Yasir Shah went to score his maiden Test century, helping his side reduce the first innings lead considerably. He ended up as the top-scorer for his side as he scored 113 runs before getting out to Pat Cummins.

Pakistan were bundled out for 302 runs in their first innings, trailing Australia by 287 enough for the hosts to enforce the follow-on.

In the second innings, Imam-ul-Haq had even worst outing as he failed to even open his account.

Apart form Imam, Pakistan lost their skipper Azhar Ali and Babar Azam cheaply and were struggling at 20/3, with an innings defeat lurking over them.

Adelaide Oval, Adelaide Cricket
Get the latest updates on Fifa Worldcup 2022 and check out  Fifa World Cup Schedule, Stats and Live Cricket Score. Like us on Facebook or follow us on Twitter for more sports updates. You can also download the NDTV Cricket app for Android or iOS.