While Babar Azam advised the Bangladeshi player to ignore the outside noise, Mohammad Rizwan told him the importance of hard work. 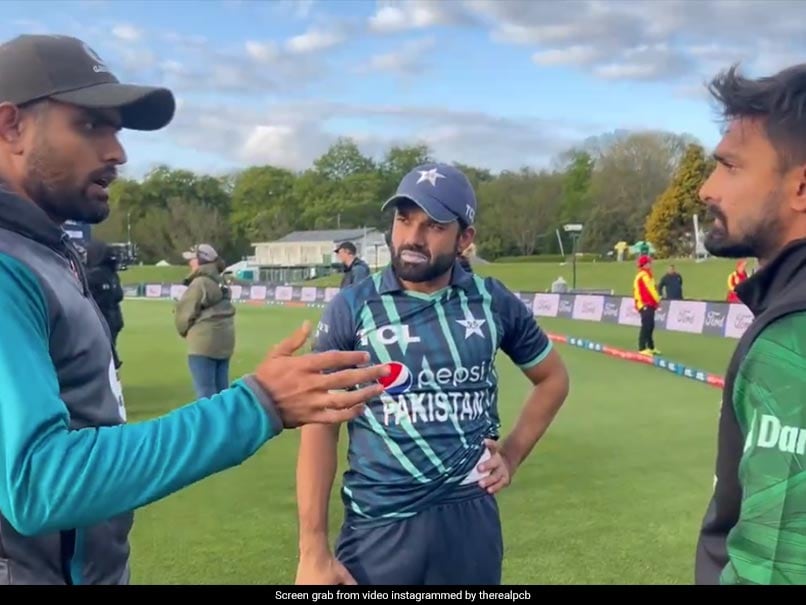 The Pakistan Cricket Board shared a heartwarming video on social media in which the country's cricket team skipper Babar Azam and his fellow opener Mohammad Rizwan could be seen giving some advice to Bangladesh batter Litton Das. While Babar advised the Bangladeshi player to ignore the outside noise while playing for the country, Rizwan told him the importance of hard work. Meanwhile, Litton could be seen listening to the two Pakistan openers carefully during the chat. "Learning Never Stops," wrote PCB while sharing the video on Instagram.

Pakistan and Bangladesh both were a part of the recently-concluded T20I tri-series that had New Zealand as the third team. The Babar Azam-led side won the series after beating the Blackcaps in the final match.

All-rounder Mohammad Nawaz helped Pakistan to a five-wicket victory over New Zealand to win the final in Christchurch with three balls to spare on Friday. It was a good sign for Pakistan going into the World Cup in Australia, with an opener against arch-rivals India on October 23. After the hosts finished on 163 for 7 at Hagley Oval, spinner Michael Bracewell checked Pakistan's early momentum in their reply, before Nawaz stepped up with his decisive 38 off 22 balls.

Having also steered Pakistan out of trouble in Thursday's dead-rubber win over Bangladesh, Nawaz produced another stellar innings before Iftikhar Ahmed sealed victory with a six in the final over.

On the other hand, Bangladesh remained winless in the series after losing all the four games played.

Babar Azam Mohammad Rizwan Litton Das
Get the latest updates on IPL Auction 2023 and check out  IPL 2023 and Live Cricket Score. Like us on Facebook or follow us on Twitter for more sports updates. You can also download the NDTV Cricket app for Android or iOS.