Virat Kohli is obsessed with his beard and KL Rahul finds that funny. 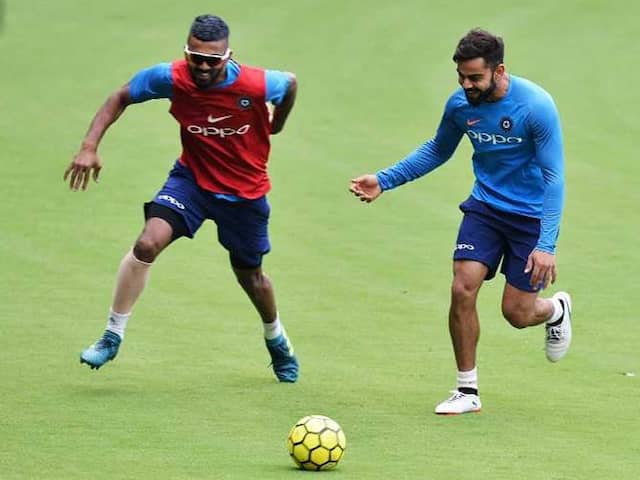 Virat Kohli leads the Indian cricket team from the front. His performances with the bat speak volumes as he is on the verge of breaking many records. Kohli is also quite popular on social media platforms, a fitness enthusiast, and if India batsman KL Rahul is to be believed, the India skipper is very particular about his beard. Taking to Twitter, Rahul posted footage of what appears to be of Kohli sitting on a sofa with two men clicking pictures of his beard. "Haha, I knew you were obsessed with your beard @imVkohli but this news of you getting your beard insured confirms my theory," Rahul captioned on his Twitter account.

Haha, I knew you were obsessed with your beard @imVkohli but this news of you getting your beard insured confirms my theory. pic.twitter.com/cUItPV8Rhy

Earlier, Kohli's wax statue was unveiled at the Madame Tussauds museum in New Delhi on Wednesday. But the Indian skipper's statue had to be taken away within a day because of damage.

An official at the Madame Tussauds Wax Museum in Delhi confirmed that a part of the Virat Kohli statue had been chipped - perhaps because of excited fans - but added that it had been repaired and was now ready for visitors.

"Yes, it was damaged. But now the statue has been rectified," the official told NDTV.com.

Kohli's figure, depicting him in action wearing the Indian team's ODI jersey, was crafted from over 200 measurements.

The museum, which opened in Connaught Place in Central Delhi in December last year, features wax likenesses of famous personalities from Bollywood, Hollywood, musicians and even politicians.