Keaton Jennings comes from a family with a history of cancer. 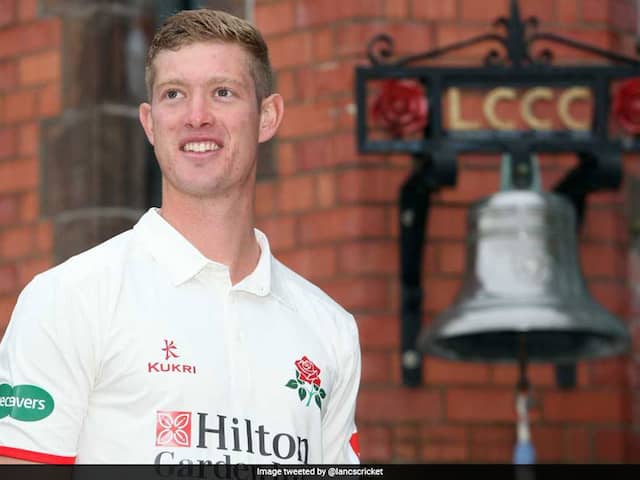 Keaton Jennings has played 15 Tests and 43 T20Is for England.© Twitter

England cricketer Keaton Jennings will shave his head on January 4, 2019, for charity in support towards the battle against cancer, Lancashire Cricket announced on Tuesday via a tweet. Appreciating the step taken by Jennings, teammate Ben Stokes took to Twitter and wrote: "what a bloke this man is...whatever is raised I'll donate 50% off the final figure". On bravetheshave.macmillan.org.uk, it is mentioned that Jennings comes from a long family history of cancer and he would want to play his part in the fight against cancer.

.@JetJennings is shaving his head for charity in a month's time!

The @englandcricket and @lancscricket opener is raising money for @macmillancancer in the battle against cancer.

The website also mentioned that his grandad, grandmother and his great uncle had suffered from cancer.

It is also mentioned that Jennings' dad was also diagnosed with cancer and his aunt, too, is facing 18 weeks of chemotherapy after surgery.

Surprised by Stokes' support, Jennings replied to him, saying "Thank you, my brother".

What a bloke this man is...what ever is raised I'll donate 50% off the final figure #bravetheshave #keatonjennings get donating people https://t.co/t7A1DhxMyc

However, one of the users tried to troll Jennings and said that "shaving his head might make his batting better".

Against India, Jennings scored 0 and 36 during the Southampton Test and during The Oval Test recorded scores of 23 and 10.

But, Jennings wasn't bogged down and had a courteous reply for the troll.

I'm sure trying to help fight cancer and help those around me will improve my batting Daniel... I'm also hoping your tweet will prompt a donation from you as well... thanks for you support chom https://t.co/peRlXXGdT0

As far as the England cricket team is concerned, they recently won a full series against Sri Lanka. England won the ODI series 3-1, won the one-off T20I by 30 runs and won the Test series 3-0.