Jofra Archer's cryptic tweet four years ago was interpreted as a forecast of Prithvi Shaw being banned for failing a dope test. 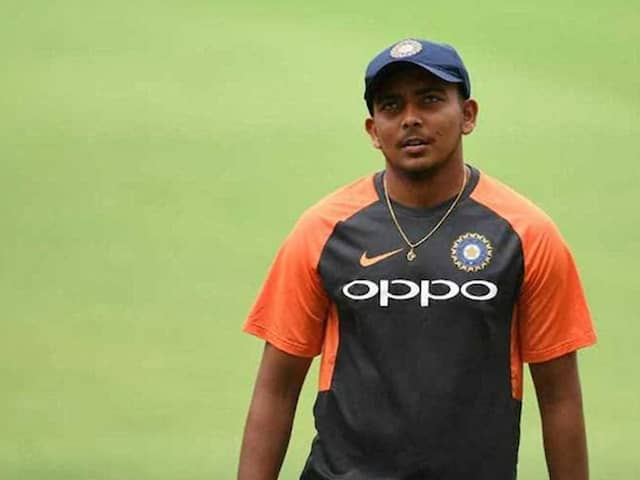 England fast bowler Jofra Archer's four-year-old tweet has taken the social media by storm as many fans believe that he had predicted, back in September 2015, the suspension of young Indian batsman Prithvi Shaw. After the Board of Control For Cricket in India (BCCI) on Tuesday handed Prithvi Shaw an eight-month suspension for doping violation, fans discovered the freaky "prediction" made by the Barbadian-born English cricketer four years ago. "Unlucky shaw," Jofra Archer had said in a tweet.

Fans, mostly Indians, flooded the tweet with fresh comments soon after getting the news of Shaw's suspension. Some of the replies eventually turned into jokes.

"Abe kya khata hai?! (what do you eat?)," said a user, while another one joined in saying: "Is there anything this guy hasn't tweeted ? I don't think so."

Is there anything this guy hasn't tweeted ? I don't think so

Ok! Please tell us how the world is gonna end. Show that tweet. NOW?

According to the media release from the Board of Control for Cricket in India (BCCI), Shaw had inadvertently ingested a prohibited substance, which can be commonly found in cough syrups.

Shaw's eight-month period of ineligibility will be deemed to have started to run from March 16, 2019 to November 15.

This is not the first time when Archer's old tweet has come to surface. The 24-year-old had posted many such strange predictions back in 2015 which came to the surface during the World Cup 2019.

Archer was part of the England team that defeated New Zealand amid dramatic circumstances to lift their maiden World Cup at Lord's on July 14, 2019.

After the final match and super over both ended in ties, hosts England were crowned as champions on the basis of a superior boundary-count tie-breaker rule, set by the International Cricket Council (ICC).

Jofra Archer
Get the latest updates on IPL 2020, check out the IPL Schedule for 2020 and Indian Premier League (IPL) Cricket live score . Like us on Facebook or follow us on Twitter for more sports updates. You can also download the NDTV Cricket app for Android or iOS.