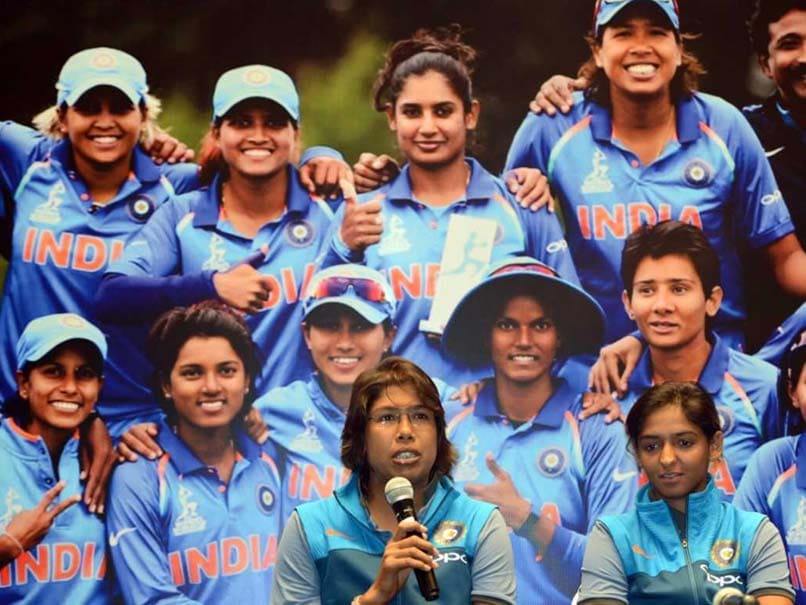 Veteran India pacer Jhulan Goswami and her team-mates returned home on Wednesday after they ended their ICC Women's World Cup campaign with a runners-up finish. On returning, Jhulan said that the 2017 World Cup campaign will pave a new road for women's cricket in India. Chasing a target of 229, the young Indian side crumbled under pressure and could not lift their maiden World Cup trophy. However, Jhulan believes that the team's put up a creditable performance that will benefit the women's game in the country.

"There is pressure when we play international cricket. This is a second time (we were in final after 2005). After 12 years, the matches were televised and all saw them. It is the best thing for women's cricket," Jhulan said.

"The way ICC conducted this World Cup and promoted women's cricket. A new road will be there for women's cricket and all will play an important role," said 34-year-old Jhulan.

Jhulan, the most experienced bowler for India, also praised seamers Mansi Joshi and Shikha Pandey, terming them as match winners.

"Mansi did not get chances in this tournament. She has the spark and swings the balls well. She must improve her fitness level and can carry the legacy. Both she and Shikha are good bowlers and hopefully we will get good fast bowlers," said Jhulan, the highest wicket-taker in the women's game.

Poonam Raut, who made a valiant 86 in the summit clash against England, albeit for a losing cause, said she had prepared well for the tournament.

"There was pressure, we had made a lot of preparation. I was practising the last two years, how to open, how to play in the power play. In England, the wickets are different and ball swings, and then rains.

"We have to play in that conditions which were different from India. Our preparation was done accordingly. We went 10-12 days in advance, and that helped us to acclimatise to the conditions," the opener told reporters.

Poonam, who made descent contributions in the entire tournament, said she was overwhelmed by the reception on their arrival.

"Yes, we felt good, the rousing reception was not expected. The way our team has played, we deserved it," she added.

Deepti Sharma, who bowls off-spin, said she executed her role to perfection.

"I knew that what was my role, so was doing accordingly. I needed to work on dot balls and I just did that. In batting, I had to work on partnerships and rotate strike and I did that," she said.

Smriti Mandana said playing the final at Lord's was a dream come true.

"As a kid, you always dream of playing at the Lord's and unfortunately in 2014 we missed playing at Lords as the match was washed out. I remember Mithali telling me that the 2017 World Cup final is at the same ground, and if we do well we will playing. That happened and it was a dream come true," said Smriti.

Big hitter Harmanpreet Kaur, whose sensational innings of 171 not out took against Australia took India to the final, attributed her success to Big Bash League of Australia.

"I like to bat aggressive, and I think all that helped in the Big Bash, In Big Bash, there were a lot of players. I learned from there, which helped me in South Africa and England. The way I and Smriti (Mandana) got chances, two-three more players should get chance (in Big Bash), which will be beneficial for the team," said Harmapreet.

Comments
Topics mentioned in this article
India Women Mithali Raj Jhulan Goswami Cricket
Get the latest updates on IPL Auction 2023 and check out  IPL 2023 and Live Cricket Score. Like us on Facebook or follow us on Twitter for more sports updates. You can also download the NDTV Cricket app for Android or iOS.