Jasprit Bumrah conceded two runs and picked up two wickets in the 19th over of Visakhapatnam T20I. 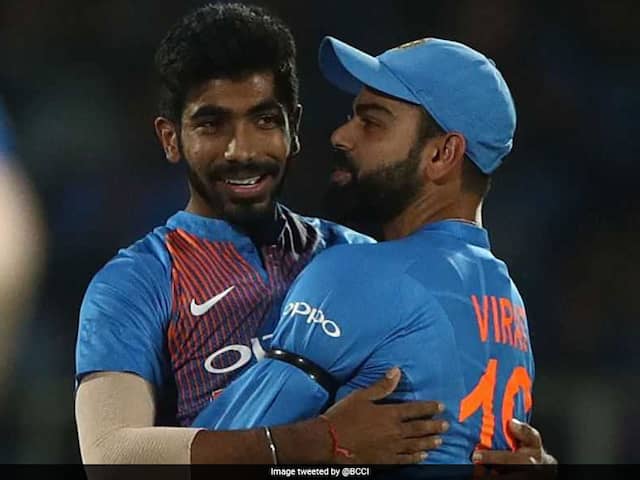 Jasprit Bumrah stood up to the expectations of his countrymen.© Twitter/BCCI

Jasprit Bumrah, the death-over specialist, stood up to the expectations of his countrymen as he conceded only two runs and picked up two wickets in the 19th over of Visakhapatnam Twenty20 International (T20I) against Australia. However, his heroics in the penultimate over couldn't help India clinch victory as they lost the close contest by three wickets. Bumrah, in an interview to bcci.tv, recalled his brilliant over and said, "We would have been very happy if we would have won the game, but we are very happy to fight like this in a close game."

The 25-year-old also said a lot of positives are to be taken from the first T20I and they will look to do better in the next match.

Watch the 19th over from the first T20I here:

MUST WATCH: @Jaspritbumrah93 recaps his brilliant 19th over- by @28anand

Bumrah was the pick of the bowlers for India. He bagged a three-wicket haul and gave away only 16 runs from his 4 overs on a day when his fellow pacer Umesh Yadav disappointed with his performance.

For Australia, Glenn Maxwell scored a fine half-century as Australia pulled off a thrilling victory to take a 1-0 lead in the two-match series.

Opener D'Arcy Short and wicketkeeper-batsman Peter Handscomb contributed with 37 and 13 runs respectively as Australia lost four of their batsman for a single-digit score in an easy 127-run chase.

Pat Cummins scored the winning runs off the final ball for the visitors and stood unbeaten for seven with Jhye Richardson (7 not out) on the other end.

India will host Australia in the second T20I on Wednesday in Bengaluru.