Irfan Pathan last represented India in ODIs back in 2012. 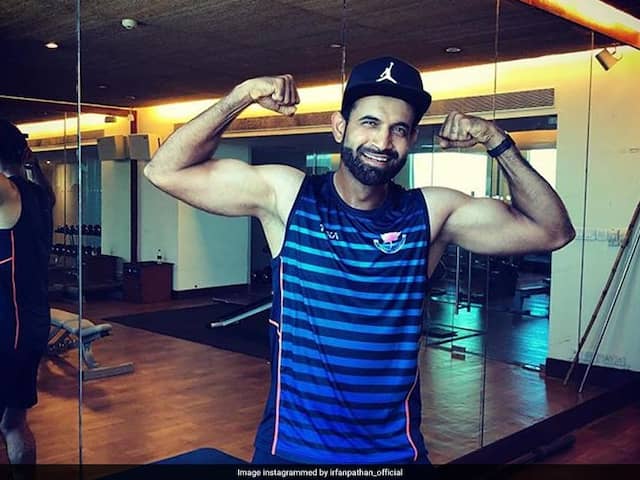 Irfan Pathan makes sure to keep himself fit with various regimes.© Instagram

Cricketer Irfan Pathan is currently not part of the Indian cricket team set-up. The last One-day International match that Irfan Pathan played for India was in 2012 against Sri Lanka. Though Irfan Pathan has not played international cricket since then, he makes sure to keep himself fit with his various regimes. Irfan, who is quite active in social media, keeps his fans posted about his life with various pictures and video uploads. Like other players who are fathers, Irfan also makes sure he spends time with son Imran Khan Pathan.

In a video uploaded on Twitter by an Irfan Pathan fan club, Imran can be seen helping his father in the gym.

Well Don't Know About Training But Yeah This Super Cute Boy is There to Help Daddy For Sure #Imran @IrfanPathan#TrainingDay #FatherLove #IPFC pic.twitter.com/t9X7PlVz8Z

Irfan, 33, who is one of India's most prominent swing bowlers, went unsold in the Indian Premier League (IPL) 2018. He last an IPL match for Gujarat Lions in 2017.

Irfan's dream of making a comeback in the national team was dashed when after he was sacked as captain of the Baroda Ranji team in November 2017. Not only was he removed from the captain's post, he was also dropped from the 15-man squad.

Irfan in March 2018 was appointed coach and mentor of the Jammu and Kashmir Cricket Association.

Irfan Pathan has played 29 Tests for India, where he picked up 100 wickets. His career-best figures being 7/59. Irfan also has seven five-wicket hauls in Tests.

Irfan Pathan Cricket
Get the latest Cricket news, check out the India cricket schedule, Cricket live score . Like us on Facebook or follow us on Twitter for more sports updates. You can also download the NDTV Cricket app for Android or iOS.