Unlike many cricketers, Irfan Pathan does not think that the concept of a four-day Test match should be dismissed altogether. 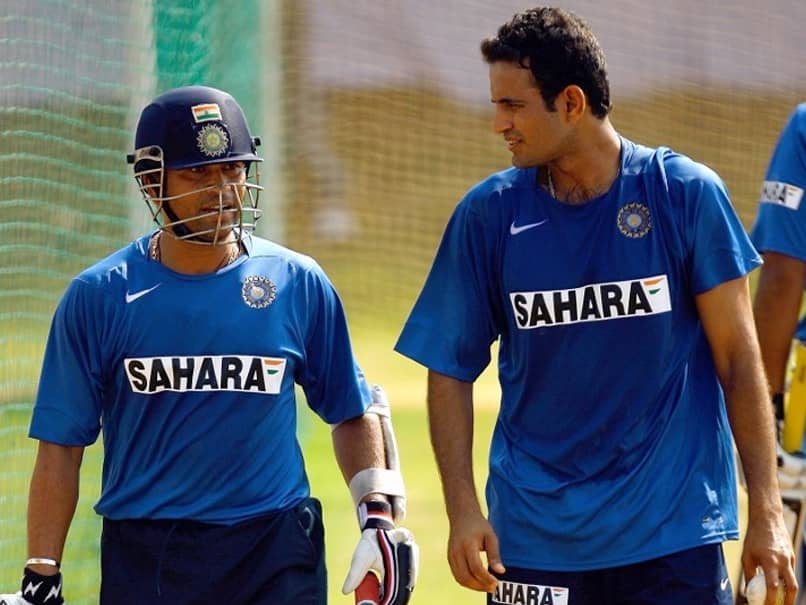 While Sachin Tendulkar is against concept of 4-day Tests, Irfan Pathan feels it is the way forward.© AFP

Ever since the International Cricket Council (ICC) put forth the idea of four-day Test matches, former and current cricketers have come out openly to have their say on the matter. While some have backed the world governing body's plan, big names like Sachin Tendulkar, Virat Kohli, Gautam Gambhir and Ricky Ponting have all been in vehement opposition of it. Gambhir even went to the extent of calling it "a ridiculous idea". However, Irfan Pathan disagrees. The former India all-rounder, who on Saturday announced his retirement from all forms of cricket, put his support behind four-day Tests, saying that he has been advocating the idea for a "few years now" and it is the way forward.

Pathan, while making a case for four-day Tests, said that the format has been used in Ranji Trophy and has borne results and if brought into Test cricket, "every game will be result oriented".

"I have been saying that for a few years now that four-day Tests should be there. I believe at least for couple of years that's it is the way to go forward," Irfan Pathan told IANS.

"We play four-day cricket in Ranji Trophy, we get results. So why not Test matches?

"Obviously, nowadays results come regularly but if there are four-day Tests, every game will be result oriented...I totally, totally agree with four-day Test matches," he added.

On Sunday, echoing the sentiments of India captain Virat Kohli, Sachin Tendulkar had urged ICC to not tinker with Test cricket, instead told the governing body to focus on "providing quality playing surfaces".

"Spinners look forward to bowling with the scuffed ball, taking advantage on day five of the roughs created on the wicket. All that is a part of Test cricket. Is it fair to take that advantage away from the spinners," Sachin Tendulkar was quoted as saying by Mumbai Mirror.

"There is T20, there is one-dayers and then there are T10 and 100-ball cricket. Test is the purest form of cricket. It should not be tinkered with," he added.

"The ICC, in my view, should focus on providing quality playing surfaces. Let the ball do things - spin, seam, swing and bounce. It will automatically liven-up the game. It will also throw up more results. Currently, there are far too many dead games," Sachin opined.

India skipper Virat Kohli too took a firm stance against the proposal of converting Test matches into four-day affairs.

"According to me, it should not be altered. As I said, the day-night is another step towards commercialising Test cricket and you know, creating excitement around it, but it can't be tinkered with too much. I don't believe so," the No.1-ranked Test batsman had told reporters before India's first T20 International (T20I) against Sri Lanka in Guwahati.

"So I don't endorse that at all. I don't think that is fair to the purest format of the game. How cricket started initially, and you know five-day Tests was the highest of tests you can have at the International level," the Indian skipper added.