The IPL 2017 players' auction for the will be held in Bengaluru on February 20. 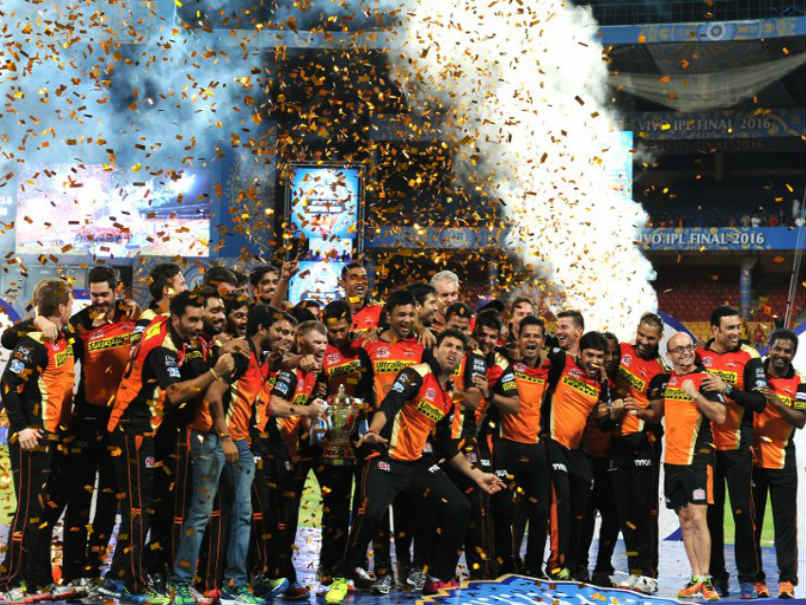 Sunrisers Hyderabad are the defending champions of the Indian Premier League.© AFP

The 2017 Indian Premier League (IPL) players' auction will be held on February 20 in Bengaluru. The franchises will go into the auction with a maximum purse of Rs.143.33 crore for the 2017 season. The eight teams can have a maximum of 27 players including nine overseas cricketers. A maximum of 76 players, including 28 overseas, can be bought at the auction. So far, more than 750 players have registered for the auction for which the deadline for player registration ends on February 3.

Interestingly, the first IPL players' auction in 2008 was also held on February 20.

The auction will be followed by a day long franchise workshop on February 21.

Here are the details of the balance purse and squad formation for all the eight teams: 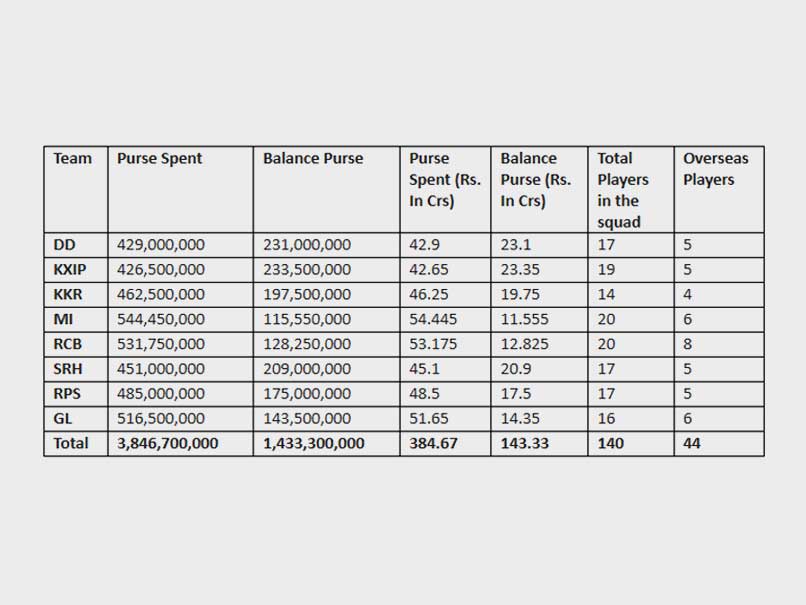 Sunrisers Hyderabad are the defending champions of the cash-rich Twenty20 tournament.

The auction was originally proposed for February 4 but was delayed in the wake of the Supreme Court order that led to an administrative crisis in the Board of Control for Cricket in India (BCCI) with its president Anurag Thakur and secretary Ajay Shirke being removed for not implementing the Lodha panel recommendations.

The Committee of BCCI Administrators is now in place and one of their immediate tasks is to fast track the preparations for the IPL, beginning April 5.

The team that goes into the auction with the biggest purse is Kings XI Punjab, having Rs.23.35 crore at its disposal.

Delhi Daredevils are second in the list with a balance purse of Rs.23.1 crore.

Mumbai Indians will have the least amount of money to be spent as they are only left with Rs.11.555 crore, a little more than Royal Challengers Bangalore (Rs.12.825 crore). The latest IPL entrants, Pune Super Giants and Gujarat Lions, are left with Rs.17.5 crore and Rs.14.35 crore respectively.

With squad limit being 27, Kolkata Knight Riders are expected to do a lot of buying at the auction, having got only 14 players in their roster so far.

In December, the big names that were released from their respective squads were India pacer Ishant Sharma, South African speedster Dale Steyn and former England batting star Kevin Pietersen, who has now ruled himself out of the upcoming edition.

As many as 140 cricketers, including 44 overseas players, were retained, while 63 were let go by the eight franchises.

Comments
Topics mentioned in this article
IPL 2017 Cricket BCCI
Get the latest updates on ICC T20 Worldcup 2022 and CWG 2022 check out the Schedule, Live Score and Medals Tally. Like us on Facebook or follow us on Twitter for more sports updates. You can also download the NDTV Cricket app for Android or iOS.