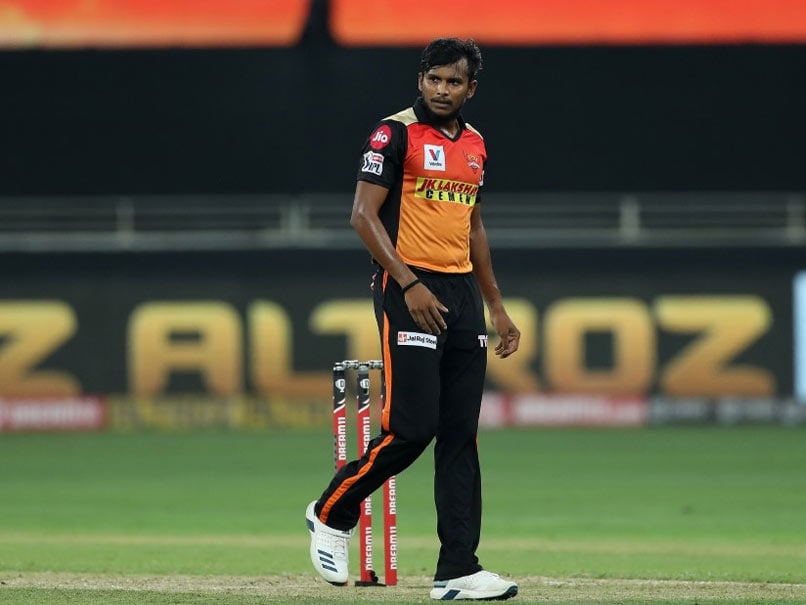 Fans expressed fears over the threats posed by COVID-19 to the ongoing UAE leg of Indian Premier League (IPL) 2021 after Sunrisers Hyderabad (SRH) bowler T Natarajan tested positive for the virus on Wednesday. Natarajan went into isolation along with other close contacts, which included teammate Vijay Shankar. "Sunrisers Hyderabad player T Natarajan tested positive for COVID-19 at a scheduled RT-PCR test. The player has isolated himself from the rest of the squad. He is currently asymptomatic," IPL stated in a press release.

The match against Delhi Capitals (DC) on Wednesday, however, has been given the green light after the rest of the contingent tested negative.

"The rest of the contingent including the close contacts underwent RT-PCR tests at 5AM local time this morning and the test reports are negative. As a result, tonight's game between Sunrisers Hyderabad and Delhi Capitals will go ahead at the Dubai International Stadium, Dubai," the press release added.

Despite the game going ahead, Natarajan's positive test sparked fears over COVID-19 among cricket fans.

"Very unfortunate for the players, team and fans," wrote an user on Twitter.

Very unfortunate for the players, team and fans. https://t.co/heP4l2KDei

Many fans also offered their support to Natarajan, who was hoping to make his mark after recovering from an injury that he had sustained in the first half of the IPL season.

Hard times for T Natarajan, he got injured midway through the first phase of IPL, couldn't play any cricket for over 5 months due to that couldn't make it to World Cup squad. And now when he was fit and ready to go, he tested positive for COVID19. Hope he recovers soon.

With Natarajan and Shankar both set to miss Wednesday's game against DC, SRH skipper Kane Williamson could go for Kedar Jadhav and Basil Thampi as replacements.

Vijay Shankar
Get the latest updates on IPL Auction 2023 and check out  IPL 2023 and Live Cricket Score. Like us on Facebook or follow us on Twitter for more sports updates. You can also download the NDTV Cricket app for Android or iOS.