Royal Challengers Bangalore seamer Harshal Patel, who currently holds the Purple cap, achieved a huge milestone as he broke the record for most wickets by an uncapped player in an Indian Premier League season on Wednesday 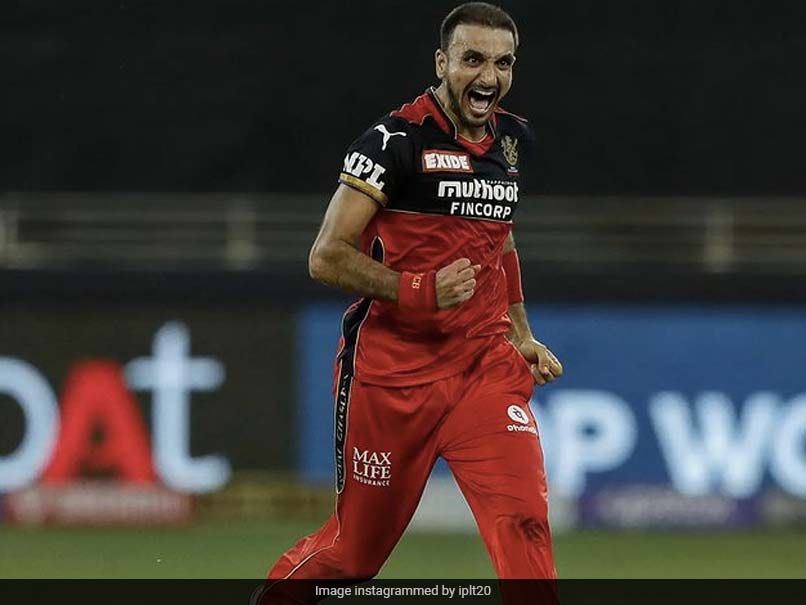 Harshal Patel broken the record of taking most wickets in an IPL season by an uncapped player.© Instagram

Royal Challengers Bangalore (RCB) seamer Harshal Patel, who currently holds the Purple cap, achieved a huge milestone as he broke the record for most wickets by an uncapped player in an Indian Premier League (IPL) season on Wednesday. Harshal achieved the feat during RCB's 7-wicket win over Rajasthan Royals (RR) where he took three wickets in the final over of the Rajasthan innings. With this three-wicket haul, Harshal took his tally to 26 wickets from 11 matches in this year's IPL.

Harshal went past his RCB teammate Yuzvendra Chahal, who previously held the record for most wickets by an uncapped players in an IPL season. Chahal had picked up 23 wickets in IPL 2015.

RCB had roped in Harshal from Delhi Capitals and he proved to be the game-changer Virat Kohli and his side were looking for.

With his three-wicket haul on Wednesday, Harshal Patel also bagged the record for most wickets in a season by an RCB bowler.

Earlier, that record was jointly shared by Chahal and R Vinay Kumar, both had picked up 23 wickets.

Harshal has been Kohli's go-to bowler in this year's IPL. The 30-year-old had recently picked up a hat-trick against Mumbai Indians.

Harshal will be aiming to better Dwayne Bravo's record for most wickets in a single IPL season.

Harshal Patel IPL 2021 Cricket
Get the latest updates on Fifa Worldcup 2022 and check out  Fifa World Cup Schedule, Stats and Live Cricket Score. Like us on Facebook or follow us on Twitter for more sports updates. You can also download the NDTV Cricket app for Android or iOS.