Outgoing national women's team chief selector Hemlata Kala said the Indian team tends to falter in the final and pressure has played a role in it. 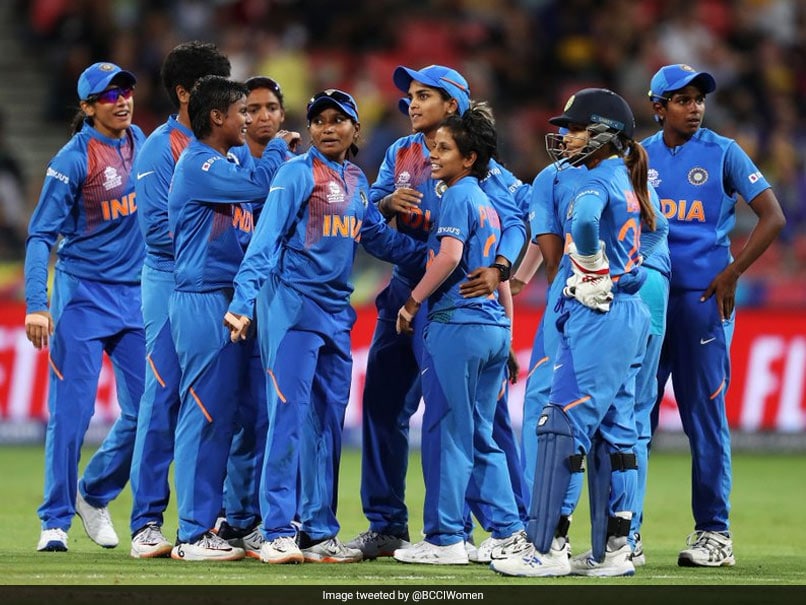 Outgoing national women's team chief selector Hemlata Kala says the inability to handle pressure in big finals has kept the side away from a major ICC trophy although she believes that Harmanpreet Kaur is still the best person to lead India. Kala, who represented in 78 ODIs and seven Tests, was appointed as a selector in 2015 before she became the panel chief in 2016. "Players have to be ready to play the big games but they were not despite having a good mix of youth and experience. The batting failure also cost us. Maybe, they were under pressure," Kala told PTI in an exclusive interview recalling the 2020 T20 World Cup campaign.

Kala's term as head of selection committee has been a golden phase in women's cricket.

India reached the 2017 World Cup final, a landmark moment for women's cricket in the country and undoubtedly "the biggest high" of her tenure. The low point was the loss to Bangladesh in the 2018 Asia Cup final.

"We beat Australia in the semifinals with Harmanpreet playing a blinder and we also beat in the league of World T20 next year," said Kala.

While pressure remains a factor, Kala believes in this current lot which she feels can beat England and Australia, consistently across two formats.

"And the issue of handling pressure remains till date though the team is fully capable of going all the way and has shown that by beating top teams (Australia and England) regularly. We tend to falter in the final, pressure has a played a role in that," said the 44-year-old.

Another loss in a major final earlier this year raised questions against Harmanpreet's leadership with former India captain Shantha Rangaswamy saying she was more valuable as a player than skipper.
Kala, however, believes there is no better leader in the T20 team than Harmanpreet.

"I don't think there is any better leader than Harman in the current squad. Performance is different, it can go up and down, but it is equally important to have a leader in the group.

"She thinks like one and should continue in T20s and take over from Mithali once she retires from ODIs. That was the thinking of our panel."

However, Kala doesn't agree with Harmanpreet's view that India are 5-6 years behind mighty Australia.

"Like I said, we need to figure out how to handle pressure in finals. I am hopeful the team breaks the jinx in the 2021 ODI World Cup," she said.

However, the biggest controversy under Kala's term came during the 2018 World T20 in the West Indies, where Mithali was dropped from the semifinal line-up.

"I can't say much about what happened there. We have no role in selecting the 11, our job is to pick the best 15," she sidestepped the issue.

Giving the opportunity to talents like Jemimah Rodrigues and Shafali Verma has been the highlight of her tenure, said Kala.

Talking about Shafali, who made her India debut as a 15-year-old last year, Kala said the teenager is destined for greatness.

"She will be the queen of women's cricket globally provided she continues to work hard on her game. She needs to work on her fitness and she knows that.

"When I saw her for the first time in an Under-23 game in Rajkot last year, I was sure she would go on to win the World Cup for India. She almost did that for us in Australia," said Kala referring to the only batting positive in an otherwise disappointing campaign.

The team is often criticised for its over-reliance on spinners, especially in the shortest format with Shikha Pandey doing the bulk of the work in the pace department.

She has Jhulan Goswami's support in ODIs but the team needs more world-class pacers.

"Pacers are there but not of the calibre of Jhulan and Shikha. You need time to groom them. India A tours have started now, so that will also help. If they had started in 2017, maybe we would have got more medium pacers by now.

"Every year there is a Word Cup (T20 or ODI), then we also end up going mostly with the experienced than a complete fresher, unless she is an outstanding player like Shafali."

Looking forward, Kala backed the team end the world title drought in New Zealand next year and said a four-team IPL would be ideal for the moment.

"BCCI has done a good job with the Women's T20 Challenge but I don't think we are ready for more than four teams. It will take another two-three years before we can have a six-team IPL.

"It is not just about playing, standard of cricket should be high and entertaining so it attracts the fans. So many people started watching the women''s game after Harman scored 171 in the 2017 World Cup semifinal," Kala concluded.

Australia Women Cricket
Get the latest updates on ICC Women's Cricket World Cup 2022 and IPL 2022, check out the Schedule , Live Score and IPL Points Table. Like us on Facebook or follow us on Twitter for more sports updates. You can also download the NDTV Cricket app for Android or iOS.