The 16-man squad failed to impress die-hard Yuvraj fans, who asked the Indian cricket board and its selectors whether Manish Pandey, KL Rahul and Kedar Jadhav were better than the World Cup winner. 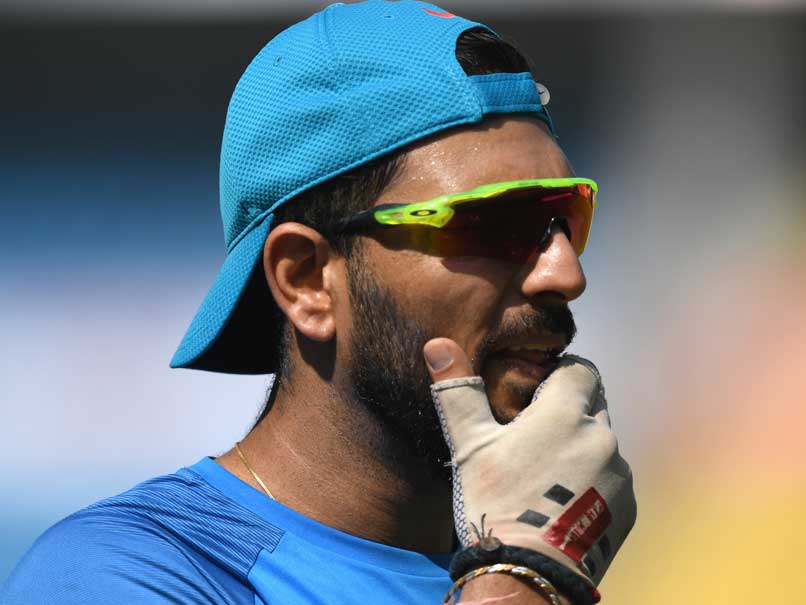 Yuvraj Singh failed to make it to India's squad for the 1st 3 ODIs vs Australia.© AFP

The national selection committee last week picked up a fourth string 14-member Board President's XI squad for the warm-up game against Australia, giving out a clear signal that Yuvraj Singh is no longer among the country's top 74 cricketers. The selection pattern suggested that the squad, which crushed Sri Lanka, was bound to be retained for the Australia series with some minor changes. The Duleep Trophy forced the selectors to name the next 45 players for the day/night pink ball experiment.

Another veteran Suresh Raina found a place in that 45, which meant he was on the selectors' radar. That made it top 60 players in the country, which left the selectors with no option but to pick youngsters who did well in the Indian Premier League and Vijay Hazare Trophy. Yuvraj did not even find a place in that batch of 14.

Hence, it come as no surprise when the star left-hander failed to make the cut to Virat Kohli's squad for the first three ODIs against Australia. Mohammed Shami and Umesh Yadav made their way back to the national side with Shardul Thakur missing out on a spot. All-rounders Ravindra Jadeja and Ravichandran Ashwin were given a rest. The 16-man squad failed to impress die-hard Yuvraj fans, who asked the Indian cricket board and its selectors whether Manish Pandey, KL Rahul and Kedar Jadhav were better than the World Cup winner. Fans also questioned the exclusion of Suresh Raina from the team.

Pandey Ahead of Raina and Yuvi. WHAT A JOKE

Raina yuvi are1000 times better than these idiots rahul,rahane

Where is @YUVSTRONG12 This team never won a WC. Without Yuvi. Its politics. Not selection.

@ImRaina any day better batsman than Kedar Jadhav who has no technique, better fielder who is lot fitter than him, gud bowler @BCCI #INDvAUS

What about @ImRaina ?????,why rahul,jadhav..they did nothing effectful on previous series

The first three ODIs will be played in Chennai, Kolkata and Indore. The teams then travel to Bangalore and Nagpur for the final two games, before they take part in a three-match T20I series.

Comments
Topics mentioned in this article
India Cricket Team Cricket Yuvraj Singh Suresh Raina Kedar Jadhav Manish Pandey
Get the latest updates on IPL Auction 2023 and check out  IPL 2023 and Live Cricket Score. Like us on Facebook or follow us on Twitter for more sports updates. You can also download the NDTV Cricket app for Android or iOS.