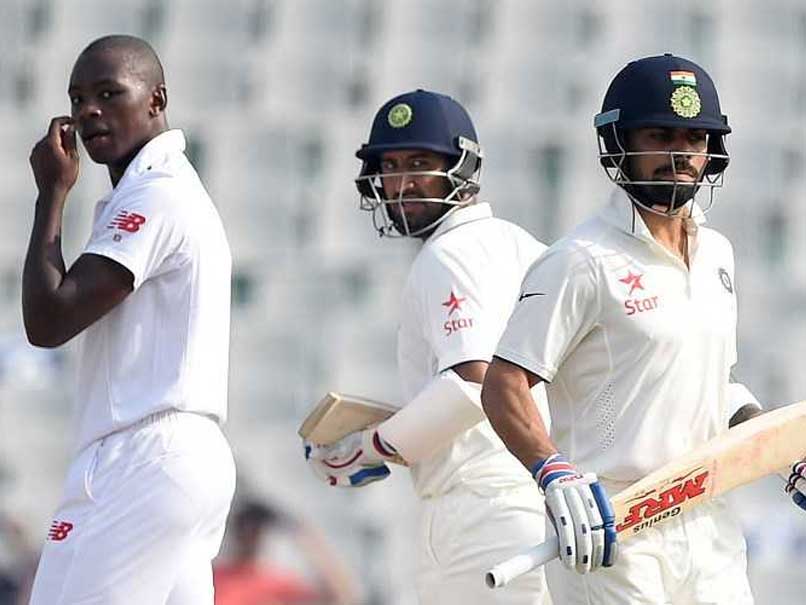 Virat Kohli is the number one batsman, while Kagiso Rabada leads the bowlers' list in Test cricket.© AFP

If you use social media, you must have noticed a number of people posting then-and-now profile pictures. The craze involves people comparing pictures of themselves in 2009 to the ones taken in 2019 on Facebook, Twitter and Instagram. It's a trend that's best known as the '#10YearChallenge' or '#2009vs2019' and just like everyone else, the International Cricket Council (ICC) also decided to participate in the latest fad. The ICC, on their official Twitter handle, shared pictures comparing Test rankings of 2009 to 2019. Interestingly, none of the players who featured in top 10 in 2009 are a part of the 2019 list. The 2009 batting list, which is headed by Windies legend Shivnarine Chanderpaul features Mohammad Yousuf, Kumar Sangakkara, Kevin Pietersen and Michael Clarke in the top 5.

Virat Kohli, the number one Test batsman in the world right now, leads the 2019 list with 937 rating points. The 30-year-old is followed by New Zealand captain Kane Williamson and India's Test specialist Cheteshwar Pujara with 915 and 888 points respectively. The banned Australian duo of Steve Smith and David Warner still feature on the list with 947 and 880 rating points respectively.

As far as the bowlers are concerned, Muttiah Muralitharan ruled the 2009 list which also features the likes of Dale Steyn, Harbhajan Singh, Zaheer Khan, Chaminda Vaas and Daniel Vettori among others.

Virat Kohli Kagiso Rabada Cricket
Get the latest updates on SA vs IND 2021-22, check out the Schedule and Live Score . Like us on Facebook or follow us on Twitter for more sports updates. You can also download the NDTV Cricket app for Android or iOS.