MS Dhoni kept his usual cool during an unbeaten 54-ball 55 as India chased down Australia's 298 in Adelaide. 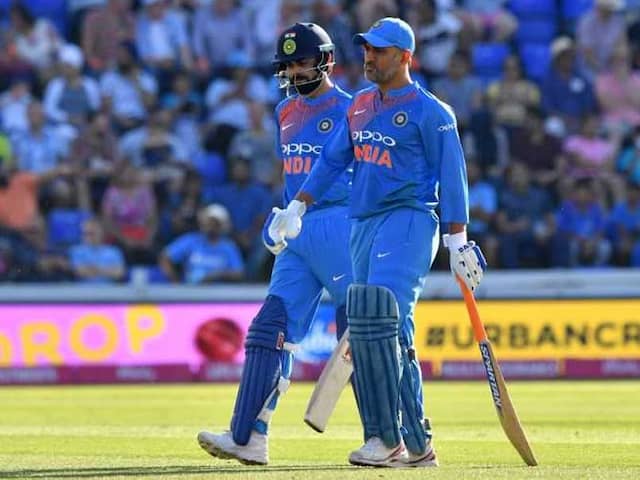 Australia coach Justin Langer believes that Virat Kohli and Mahendra Singh Dhoni provided some valuable lessons for his inexperienced unit as India surged home to claim a six-wicket victory with four balls to spare in the second one-day international (ODI) of the three-match series in Adelaide on Tuesday. The Indian skipper scored his 39th century in the 50-over format to keep the visitors in the hunt before Dhoni ensured a series-levelling win with his unbeaten 55 off 54 balls. Despite losing the match, Langer said that it was "an incredible experience" for his young team to play against this Indian side.

Langer went on to say that his team were up against two of the "all-time great" ODI players in Kohli and Dhoni.

"To watch Virat and then MS do what he did at the end, it's just a brilliant tutorial for our young batters," he was quoted as saying by icc-cricket.com.

"Class always comes to the top, so we must respect that. The way that Virat and MS batted today - you hate losing, but when you see that it's amazing and it's why they're such great players.

"We'll gain great experience from it, and in big tournaments like the World Cup (starting in the UK next June), I like to see our guys under pressure like they were tonight.

"We'll be much better for the experience, and it's still one-all in the series so that means it's alive and well."

The ODI series is currently tied at 1-1 and the third and final match will be played at the Melbourne Cricket Ground on Friday.