Unmukt Chand walked out to bat at No.4 after Shaun Marsh was dismissed for a well-made 51 off 38 balls. The Renegades, chasing 183, needed 45 more runs to win in 5.1overs with 8 wickets in their bank. 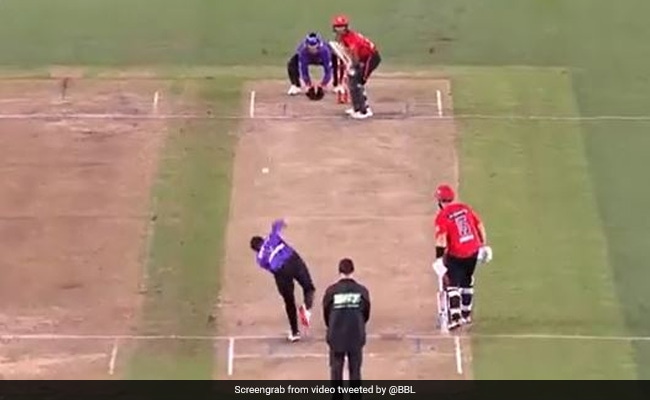 Unmukt Chand made his BBL debut on January 18

India's 2012 U19 World Cup-winning captain Unmukt Chand's Big Bash League (BBL) debut did not prove to be a memorable one. The talented right-handed batter, who became the first male Indian cricketer to take part in BBL, was dismissed for only 6 in his first outing. Chand took the field for the Melbourne Renegades against Hobart Hurricanes in Melbourne on Tuesday (January 18). "The new colours suit you, @UnmuktChand9," Renegades tweeted. Chand, under whose leadership India had won the U19 World Cup in 2012 in Australia, retired from all forms of Indian cricket in August last year, making him eligible to play leagues overseas.

After the Under 19 World Cup success, Chand played in the IPL and also led the India A team but never really graduated to the senior level.

The match, however, started to turn towards the Hurricanes as Chand and Aaron Finch found it difficult to hit the boundaries. Chand, in particular, got bogged down at one end which increased the pressure on Australia's white-ball captain.

Not Unmukt's night tonight... Sandy gets his man! #BBL11 pic.twitter.com/W3XM0yuVaa

Chand finally gave in to the pressure when he tried to slog sleep Sandeep Lamichhane over deep square-leg but failed to make the desired connection. He was holed out in the deep and had to make the long walk back for 6 off 8 balls.

Tom Rogers then picked up two wickets in one over including the all-important one of Finch for 75 as the Hurricanes won the match by 6 runs.

Aaron Finch Cricket
Get the latest updates on ICC Women's Cricket World Cup 2022 and IPL 2022, check out the Schedule , Live Score and IPL Points Table. Like us on Facebook or follow us on Twitter for more sports updates. You can also download the NDTV Cricket app for Android or iOS.