Hardik Pandya, who is recuperating in London after back surgery, celebrated his 26th birthday and was sent a funny wish by close friend and teammate KL Rahul. 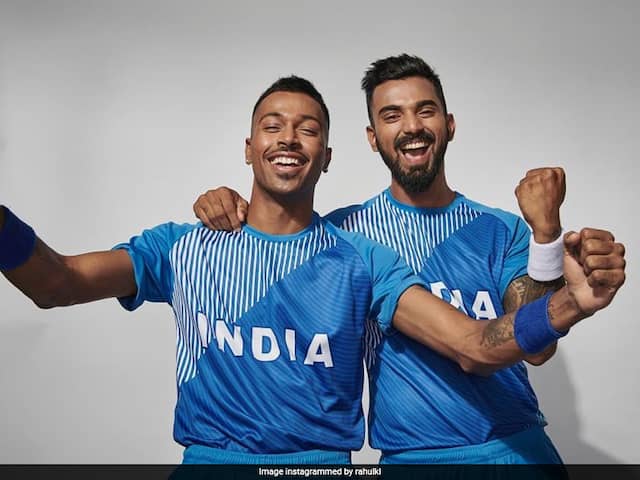 Hardik Pandya celebrated his 26th birthday on Friday. KL Rahul, who is known to be very close to Pandya, wished him on Instagram with the hilarious caption "happy birthday you fool, always got your back. Happiness, love and some brain cells this year". Hardik's older brother and teammate, Krunal Pandya, also tweeted a loving message for him. "The greatest gift our parents ever gave me was you, little bro," he tweeted. "Happy birthday bhai ... Keep shining like only you can. Now and forever, we're in this together," he added.

happy birthday you fool, always got your back. Happiness, love and some brain cells this year @hardikpandya93

Hardik Pandya is currently undergoing rehabilitation after successful lower back surgery in London. The birthday boy got a special visit from Nita Ambani, owner of Indian Premier League (IPL) franchise Mumbai Indians, who he represents. "Thank you Bhabhi for coming to meet me here in London. Humbled by your gesture. Your wishes and encouraging words mean a lot to me. You have always been an inspiration," the all-rounder wrote in an Instagram post.

After his successful surgery, Hardik Pandya had posted a video of his journey towards full recovery on Twitter.

"Baby steps .. but my road to full fitness begins here and now. Thank you to everyone for their support and wishes, it means a lot," Hardik Pandya had captioned his Twitter video.

Earlier this week, Hardik Pandya courted controversy with a birthday wish of his own. His cheeky tweet to former India pacer Zaheer Khan, in which he shared a video of him hitting Zaheer for a six, was met with criticism from fans. Users slammed Hardik Pandya for being "disrespectful" and showing no "class".