India skipper Virat Kohli said that the team shares a great camaraderie with Ravi Shastri and would be happy if he is retained as Head Coach. 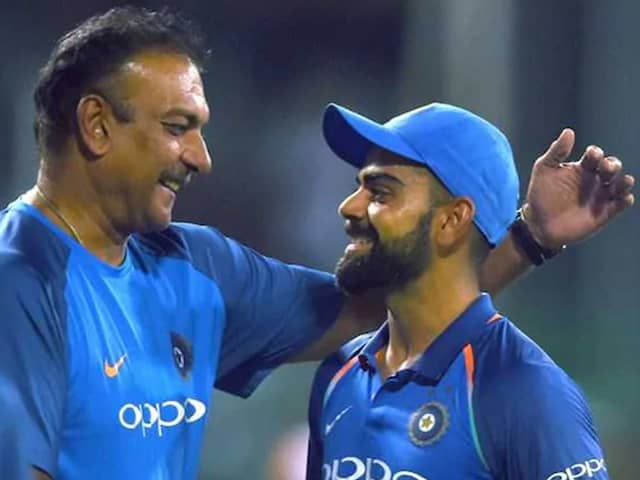 India skipper Virat Kohli, before leaving for the tour of the West Indies, said that he would be happy if Ravi Shastri continued as the coach of Indian cricket team. Questions have been raised about Ravi Shastri continuing as India Head Coach after India's departure from the World Cup 2019 after suffering a defeat at the hands of New Zealand in the semifinal. Virat Kohli, however, said that Ravi Shastri has been with the side since long and the players share a great bond with him. "Well, the CAC (Cricket Advisory Committee) has not contacted me on this. But all of us share a great camaraderie with Ravi Shastri and would definitely be very happy (with him around)," Kohli told reporters in Mumbai before embarking for the tour.

The Indian coaching staff, currently led by Shastri, was given a 45-day extension after their contract expired at the end of the 2019 World Cup in England.

The interviews of applicants for India's head coach are likely to take place on August 13 and/or August 14. The deadline for filing the applications for the head coach and support staff is July 30.

Terming Test cricket as most important format of the game, Virat Kohli admitted that World Test Championship will keep the longest format interesting.