"Had Dhoni Given Me A Chance...": Paceman Ishwar Pandey On Unfulfilled Team India Dream

In an interview to Dainik Bhaskar, Ishwar said that things would have been different had MS Dhoni given him a chance. 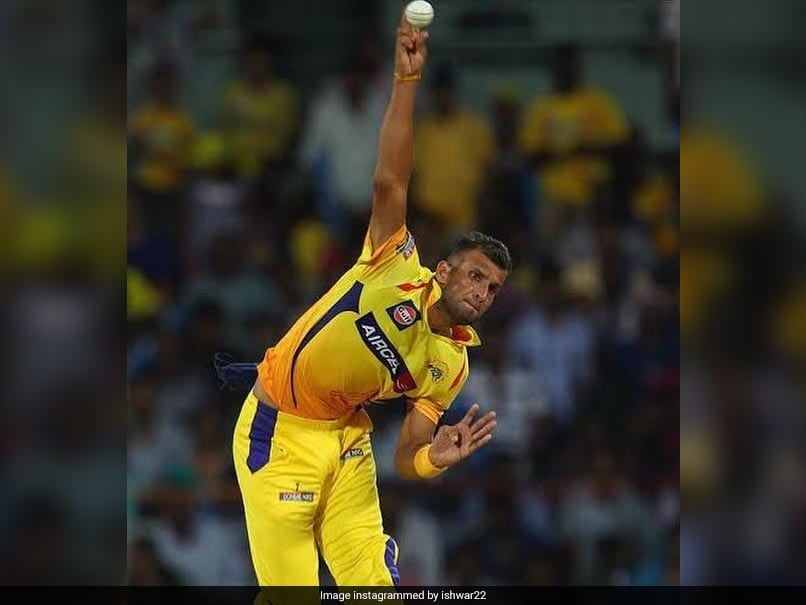 Remember the tall fast bowler Ishwar Pandey, who had played in the IPL for Chennai Super Kings? The paceman announced his retirement from the sport on Tuesday in an Instagram post. Ishwar, got very close to getting an India cap but that dream remained unfulfilled. In 75 first-class matches he picked up 263 wickets. He was a star paceman for Madhya Pradesh and also featured for Central Zone n domestic cricket.

In the IPL Ishwar picked  up 18 wickets in 25 matches during his stint with CSK, Rising Pune Supergiants and Pune Warriors.

In an interview to Dainik Bhaskar, Ishwar said that things would have been different had MS Dhoni given him a chance.

"Today the day has come and with a heavy heart, I have decided to retire from International and First class cricket. I began this incredible journey in 2007 and till date I have enjoyed every single moment spent on and off the field. Going back to my early days from how I started to see myself to reach where I am today is immensely satisfying. I feel proud and blessed that I have achieved a bit in my life. Coming from a very small town and to be the first one to make it to Indian cricket team from Rewa (MP) was always a dream and to achieve that will always be my biggest achievement.

"From getting up early in the morning, riding my cycle 20 kms every day in the morning and evening for my training, thinking about cricket 24/7 -- it was a struggle which I will forever cherish. It was an honour to be a part of the Indian team for the test series against England and New Zealand. Though I was not fortunate enough to play a game for my country but still to be part of Indian team will always be the most special memory of my life. I still feel bad that I couldn't get a game to play for my country and I will always be known as a uncapped Indian cricket player."

"To share dressing room with modern day greats like Virat Kohli M S Dhoni Yuvraj Singh Suresh Raina Ishant Sharma Ravindra Jadeja Bhuvneshwar Kumar was very special and to have played a match against Legend Sachind Tendulkar Sir was like a dream come true. I started watching cricket because of him and I have always admired him since my childhood.

"Thanks to Rising Pune super giants for giving me the IPL exposure for the first time. It was a huge opportunity for me to play against the biggest global stars in the most loved T20 league in the world.

"I would like to thanks RPSG and CSK for further selecting me. To be a part of CSK team and to play IPL finals and winning Champions league was special. I absolutely loved my time playing for CSK for 2 years under the guidance of MSD and Stephen Fleming.

"To have a successful jurney there are many people who provide you the support and guidance in the background. I would like to thank BCCI, my state association Madhya Pradesh cricket association for believing in me and giving me the opportunity to do well for my state and various teams I played for. MPCA gave me the platform to make my name and fulfill all my childhood dreams," he further wrote.

He ended the emotional note by thanking his family for their support.