Glenn Maxwell said he would want Australian batsmen to learn how to counter spin from their Indian counterparts. 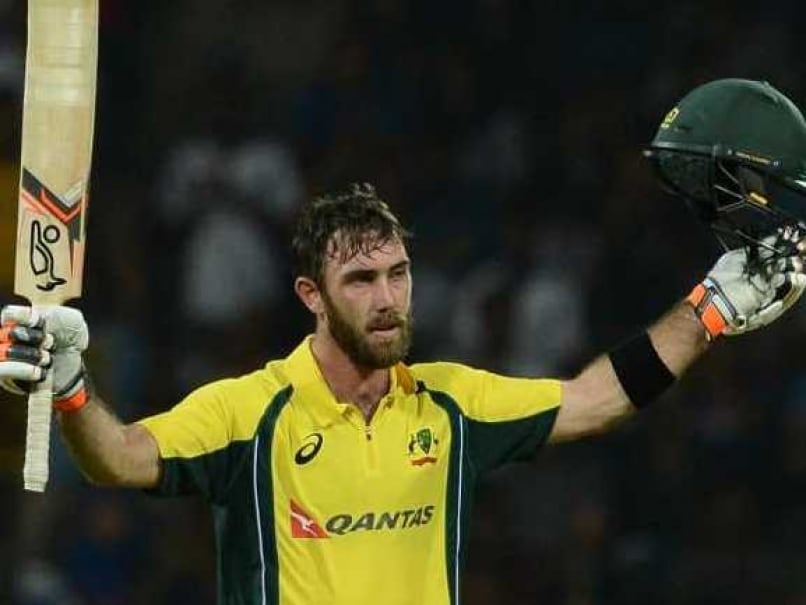 Glenn Maxwell has been recalled for Australia's Test tour of India.© AFP

Glenn Maxwell feels that he and his Australian teammates should learn from Indian batsmen when it comes to tackling spin bowling. Australia are currently playing a three-match One-Day International (ODI) in New Zealand but will tour India forfour Tests in February and March. Maxwell, who has been recalled to the Test team for the tough tour of India, thinks the visiting batsmen adopting a single strategy in the sub-continent conditions will only lead to failure.

"I'm not sure it's a place you ever really feel comfortable. It's a place where you've got to work so hard to get your runs and you've got to have different strategies at different times of a game," the 28-year-old was quoted as saying by cricket.com.au.

"That's probably what I've learned; you can't go in there with just one strategy and stick to it. You've got to be adaptable and you've got to be able to change your game almost mid-innings.

"So it's going to be a real test of everyone. Even for the Indian players, you watch them, they go through different stages of their innings from sweeping, to using their feet, to playing off the back foot - they change all the way through their innings.

"Hopefully we can do similar stuff and work on our play of spin because it's going to be pretty key," said Maxwell, who has played a lot of cricket in India thanks to the IPL.

Currently in New Zealand for the ODI series, Maxwell said he would like to bat at number six in all countries.

"I think it'd be a great position for me to try and nail down, and that's something I'm hoping to do starting in India.

"So hopefully we can finish with a good result (in New Zealand), then I can head to Dubai (for Australia's training camp) and start preparing for the next tour."

Comments
Topics mentioned in this article
Australia Cricket Team India Cricket Team Glenn Maxwell Cricket
Get the latest updates on ICC T20 Worldcup 2022 and CWG 2022 check out the Schedule, Live Score and Medals Tally. Like us on Facebook or follow us on Twitter for more sports updates. You can also download the NDTV Cricket app for Android or iOS.