Rain washed out the second One-Day International between New Zealand and Australia which was supposed to be played in Napier. 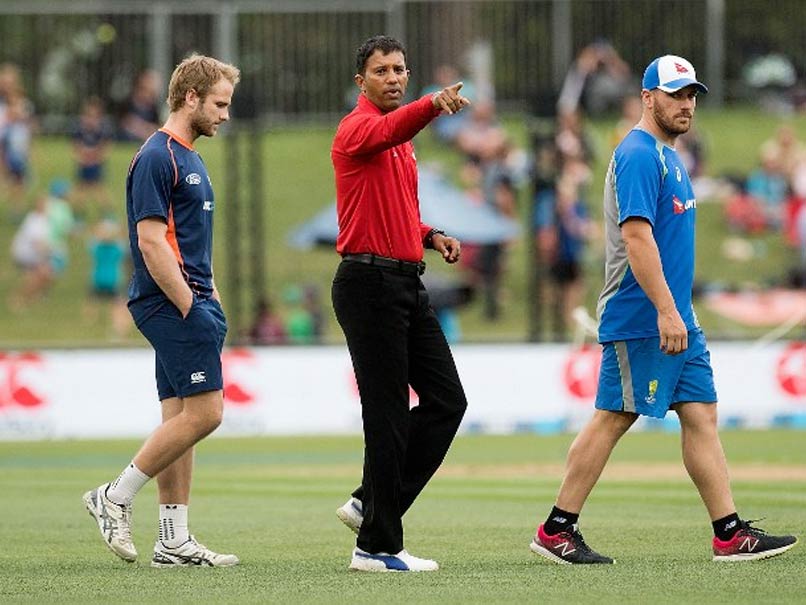 Captains Kane Williamson and Aaron Finch walk on the field after the 2nd ODI was washed out.© AFP

Rain washed out the second One-Day International (ODI) between New Zealand and Australia that was supposed to be played at McLean Park in Napier on Thursday. A damp outfield forced the abandonment of the match without a ball being bowled. The series will now be decided in the final match in Hamilton on Sunday.

New Zealand won the series opener by six runs in Auckland on Monday and a follow-up victory would see them regain the Chappell-Hadlee Trophy they lost in a 3-0 whitewash in Australia in early December.

The rain eased off in Napier around the time of the scheduled 2:00pm start and the umpires at one stage announced a new time with the game reduced to 37 overs.

But the outfield never dried sufficiently for play to get underway and the match was abandoned five hours later.

Tough day in Napier with no play possible due to the wet outfield. Full refund on all tickets inclusive of fees | https://t.co/Lz4lQHfNzc pic.twitter.com/qWW0RH8QPw

Comments
Topics mentioned in this article
New Zealand Cricket Team Australia Cricket Team McLean Park, Napier Cricket
Get the latest updates on ICC T20 Worldcup 2022 and CWG 2022 check out the Schedule, Live Score and Medals Tally. Like us on Facebook or follow us on Twitter for more sports updates. You can also download the NDTV Cricket app for Android or iOS.