George Bailey batted in a weird manner during a match between Australia Prime Minister's XI and South Africa in Canberra. 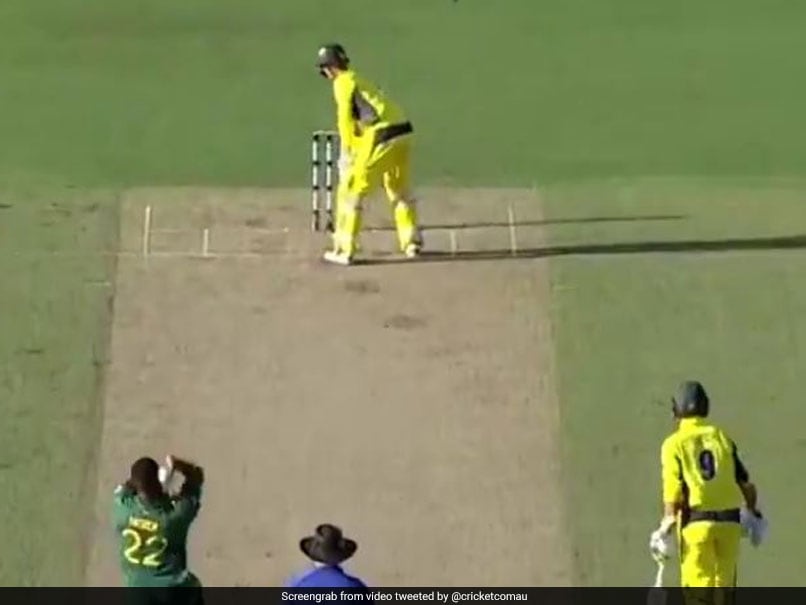 After Pakistan's Sarfraz Ahmed cracked everyone upwith a weird batting stance during the recent Abu Dhabi Test match against Australia, it is time for Australia's George Bailey to hog the limelight. Bailey, while captaining the Prime Minister's XI in a tour match against South Africa in Canberra on Wednesday, had a batting stance that made many reach out for the cricket rule book. In a video shared by @cricketcomau, Bailey can be seen batting with almost his entire back towards the bowler. The incident occurred during the tenth over of the Australian innings, where the George Bailey-led team was chasing a 174-run target. The funny antic coming from Bailey happened during young fast bowler Lungi Ngidi's over.

Faf having a cheeky giggle in the slips at Bailey's extraordinary stance 😂 pic.twitter.com/q30H7chZeP

Bailey has played over 90 ODIs for Australia and has represented the national team in only five Test matches. In the Indian Premier League, he has played for Kings XI Punjab, Chennai Super Kings and the now-defunct Rising Pune Supergiant.

Australia Prime Minister's XI eventually won the match with four wickets to spare, with Bailey not out at 51 from 76 deliveries.

The high-voltage action of the tour starts on November 4, where Australia, led by Aaron Finch, will square off against the Proteas in the first ODI in Perth. After the three-match series ODI series ends, the two teams will face each other in a T20I at Carrara.

What's going on there

Can you please do a comparison of this with Craig McMillan's stance in the 2001 VB series while batting against @ShaneWarne ?

Gives a whole new meaning to arseing around...