Gautam Gambhir explained what made Virat Kohli's that particular knock all the more special was the fact that he wasn't that experienced in the international cricket and was still trying to make his mark. 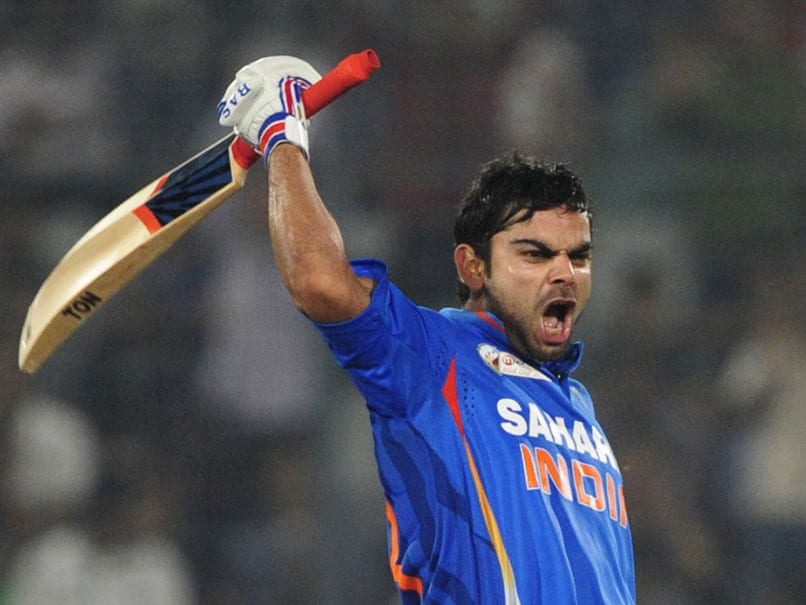 Virat Kohli scored 183 not out against Pakistan in the 2012 Asia Cup.© AFP

Virat Kohli, since making his international debut in 2008, has played numerous match-winning knocks batting in different circumstances in all three formats of the game. A couple of his memorable knocks that pop up straightaway are 133 not out off just 86 balls against Sri Lanka in Hobart and unbeaten 100 off just 52 ball -- the faster century by an Indian batsmen -- scored against Australia, while chasing 360 runs in Jaipur. For a player it is always difficult to pick one innings over the other as each one of them hold equal importance in their heart.

However, fans and even experts, for that matter, are not bound by this dilemma and can often be seen picking favourite knocks of different players.

Former Indian opener Gautam Gambhirhas now picked the 183 not out Kohli scored against Pakistan in the 2012 Asia Cupas one of his all-time greatest innings.

Gambhir acknowledged that while Kohli has played many unbelievable innings across formats overs the years, the knock against Pakistan was special because it came while India had lost an early wicket while chasing a mammoth 330 runs against a quality Pakistan bowling attack.

"Virat Kohlihas played many unbelievable innings across the three formats, but this is one of his greatest innings from all points of view," Gambhir said on Star Sports show 'Best of Asia Cup Watch along'.

He also highlighted that what makes this particular knock all the more special is the fact that Kohli wasn't that experienced in the international cricket and was still trying to make his mark.

"First of all we were chasing 330, then India was 0/1, and then scoring 183 out of the 330 runs, that too against Pakistan, and that time, he was not that experienced too. According to me, I think probably this is one of Virat Kohli's greatest innings, honestly," added Gambhir, who top scored for India in the final of 2011 World Cup.

Due to coronavirus pandemic, the Indian skipper has been away from cricket field for over four months now but will be back in action leading his Indian Premier League (IPL) franchise Royal Challengers Bangalore and would hope to take them to their first-ever title win.