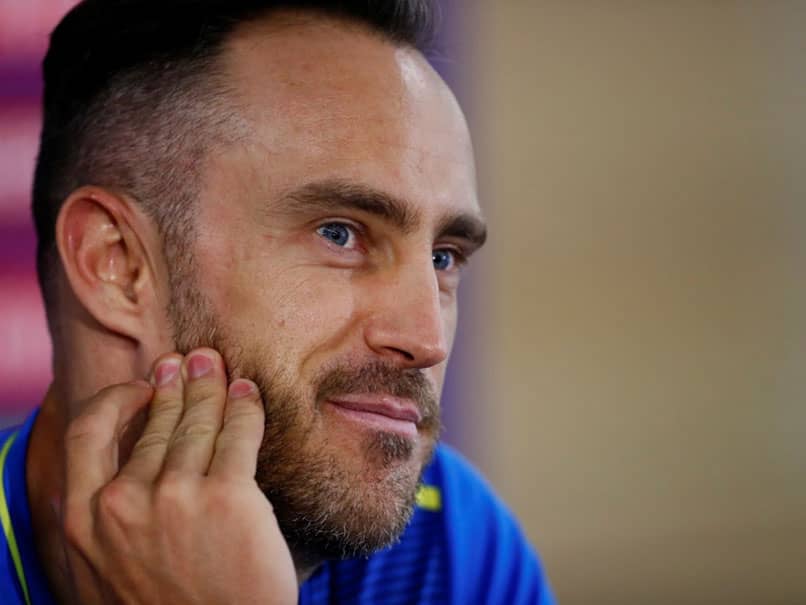 Faf du Plessis repeated his call for the toss to be done away with for Test matches.© Reuters

South Africa captain Faf du Plessis has had rotten luck with the toss and was even seen taking the help of a proxy captain in Temba Bavuma to change the fortunes for his team during the third and final Test against India at JSCA International Stadium Complex in Ranchi. However, that didn't do the trick either as the coin once again fell in Virat Kohli's favour and what followed was another massacre as India routed South Africa to complete the whitewash over the visitors and extended their lead at the top of the World Test Championships.

Before the Ranchi Test, Faf du Plessis had lost the toss six times straight and the use the of a proxy didn't end the streak.

Speaking on the team's return to South Africa from the trouncing in India, Du Plessis said losing the toss in all three Tests had made an already difficult task almost impossible.

He repeated his call for the toss to be done away with for Test matches.

"(If the toss is removed) Then away teams will have a better chance. In South Africa I don't mind that, we bat on green tops anyway."

His comments didn't go down well with some fans on Twitter.

And if you thought Faf du Plessis was done with giving horrible excuses, you're wrong. This guy won't stop. Lmao. Ridiculous #INDvSA pic.twitter.com/e0qkKGJMGc

Faf du Plessis must not exhaust me today. I have no energy for his kicking.

This man simply don't know how to accept the defeat.#FafDuplessis pic.twitter.com/m0Q0HCUhrI

He's doing a disservice to himself, his stature and post, and his team, with these comments. Bavuma said that Pune was like a SAF wkt, and they had full use of it. And yet, their bowlers kept bowling crap until India declared. Why not accept your own shortcomings first?

Is this for real?! Actually one of the major reasons why South Africa performed poorly because Du Plessis himself didn't responsibility with the bat being the most senior person in the team. His own performance was nothing to write home about. He is only embarrassing himself here

And here I was wishing for his century. But he lost the respect I had for him with such statement

What does doing away with a toss during "overseas tests" even mean?! It's always an overseas test for one team! Sour grapes

@Faf_Du_Plessis_ u r an international captain of South Africa team. This sentence doesn't suit u. U shouldn't be selected by CSK to play in IPL

Du Plessis said he was committed to continuing as captain despite going through what he described as "the toughest period in my cricket journey".

But he said his own position and those of the other key posts "needs to be resolved as soon as possible".

"The most important thing right now is clarity," he said.

Virat Kohli Temba Bavuma Cricket
Get the latest updates on IPL 2020, check out the IPL Schedule for 2020 and Indian Premier League (IPL) Cricket live score . Like us on Facebook or follow us on Twitter for more sports updates. You can also download the NDTV Cricket app for Android or iOS.