India Women, who are trailing 2-0 in the three-match ODI series against England Women, will look to avoid a clean sweep when they step on the field for the third and final ODI in Worcester on Saturday. 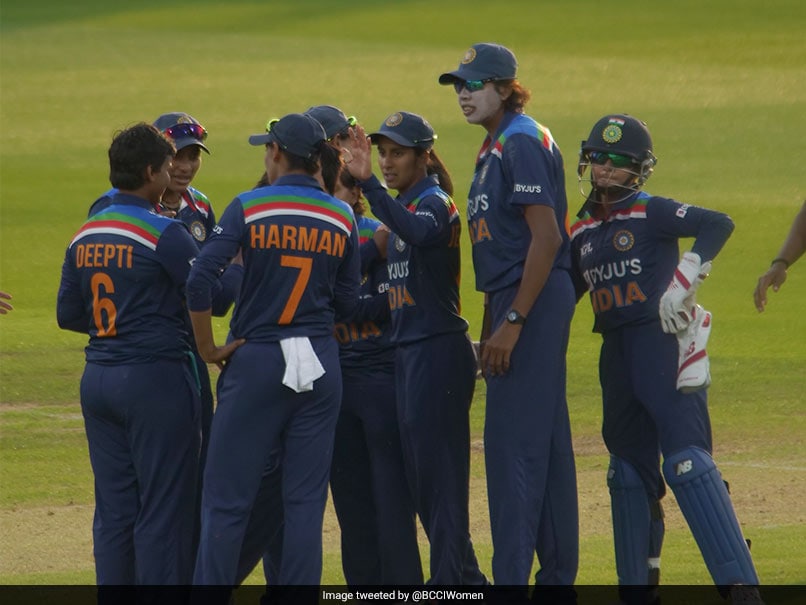 India women's team is trailing by 2-0 in three-match ODI series against England.© Twitter

An under-fire Indian women's team would be desperate to address vice-captain Harmanpreet Kaur's prolonged lean patch as it seeks to stop a marauding England side from completing a 3-0 sweep in the final ODI on Saturday. Having lost six out of the last seven ODIs, the Mithali Raj-led side is finding it difficult to stem the rot as it faces the ignominy of another one-sided series defeat after being thrashed by the South African women on home soil. While the bowlers did up their game in the second ODI with a much-improved performance, the batting has left the team down yet again with skipper Mithali left to do all the heavy lifting, which is also affecting her game.

One of the primary issues that have been overlooked over the past four years has been Harmanpreet's shoddy performance. Harmanpreet, whose epic 171 against Australia in the 2017 World Cup, became a seminal moment for the women's game in the country, has since gone off the boil. In 28 WODI matches (in which she didn't get to bat six times) since the 2017 World Cup final against England, the Indian vice-captain has scored only two fifties and two scores over 40, which has put the maximum pressure on the scoreboard.

With Mithali and the likes of Jemimah Rodrigues, Punam Raut, Deepti Sharma, and Taniya Bhatia not having the ability to play the power game, a lot of pressure is being built on openers Smriti Mandhana and teen sensation Shafali Verma. For India, Mithali has scored back-to-back half-centuries with her strike rate in the 60s but she had been left with no choice as in both games, the Indian batters have splurged on dot balls like millionaires.

It will be interesting to see if coach Ramesh Powar has a solution for Harmanpreet's lean patch and whether he feels that may be post this series, she would need to smell the coffee as the national team can ill afford a non-performer for years. In the first game itself, 181 dots were consumed against a bowling attack that has Katherine Brunt, Anya Shrubsole, Nat Sciver, Kate Cross, and Sophie Ecclestone. It has been relentless with its tight lines and it was Jhulan Goswami's cameo that helped India cross 220 in Taunton. With wicketkeeper Bhatia not being the most reliable batter in the shorter format and Deepti unable to play the big shots towards the end, it might again depend on Mandhana and Shafali, who gave a half-century plus stand in the Test as well as the second WODI.

Indrani Roy, an exciting domestic talent, should have been tried out as an enforcer but Bhatia's better keeping skills has earned her the team's vote. In the bowling department, both Goswami and leg-spinner Poonam Yadav were brilliant but the scoreboard pressure was always on India, who were at least 40 runs short on a good batting track. With Tammy Beaumont and Sciver in good form, home team skipper Heather Knight would like to add insult to the injury as she is due for a big score against the Indian attack.

England Women Harmanpreet Kaur Cricket
Get the latest updates on IND vs NZ 2021, check out the Schedule and Live Score . Like us on Facebook or follow us on Twitter for more sports updates. You can also download the NDTV Cricket app for Android or iOS.